Universal and Lego to partner on films 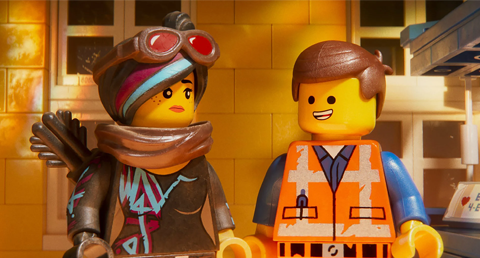 Lego and Universal have agreed a five-year deal that gives the latter the exclusive rights to develop, produce and distribute theatrical releases based on Lego’s intellectual property and original ideas.

The animated Lego feature films — The Lego Movie and its sequel, The Lego Movie 2: The Second Part, as well as spinoffs The Lego Batman Movie and The Lego Ninjago Movie — have grossed more than $1b at the worldwide box office.

All of the Lego movies have been released by Warner Bros. Universal’s interest was first reported in December, with Lego exploring its options since the early autumn, when the pact with Warners expired.

“The Lego System in Play gives people the ability to build worlds and create stories that they carry throughout every phase of their lives,” said Universal chairman Donna Langley, who made the announcement on Thursday along with Jill Wilfert, head of entertainment at Lego. “To partner with such an iconic brand that remains relevant and is constantly evolving allows for creativity in storytelling. We’re thrilled to start building out the next chapter of Lego movies together with Jill and the Lego team as they continue to inspire curiosity and innovation.”

Jill added: “Universal’s commitment to unique storytelling from diverse voices makes the studio the perfect partner as the Lego Group enters this new phase of filmmaking. Donna and the entire Universal team bring a sense of wonder and imagination we share, and we can’t wait to execute on our shared vision.”

Jill will serve as producer on all Lego projects developed and released by Universal, while Rideback’s Dan Lin (who produced all of the previous Lego features) and Jonathan Eirich will produce alongside Jill on the next Lego-inspired feature.