‘Toy-play’ style webisodes and a heavyweight TV campaign are underway to support the launch of the new animal-rescue range Vet Squad. 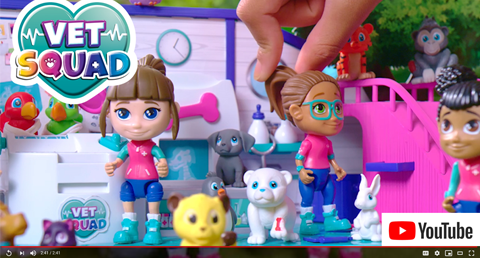 Vivid’s new animal-rescue range Vet Squad is now available in stores. Offering an assortment of pets, vehicles and play sets starting from £3.99, the brand allows children to take part in animal-saving adventures as they discover the world of Vet Squad.

The new toy-play webisodes, which follow the Vet Squad – Yara, Emily, Ava and Robin – on their rescue adventures, have already proven popular, gaining over 200,000 views in the channel’s first week. Viewers can watch as the team helps animals in need, from the turtles in Rescue Reef to the penguins of Polar Point. Fans of the channel will see all-new Vet Squad adventures air throughout August and beyond.

The launch is supported by a multi-channel marketing campaign across the autumn/winter season. TV activity will support key lines in the range, highlighting the vet’s rescue vehicles and the animals in need. The webisodes will be amplified with a robust digital campaign; a bespoke interactive game highlighting the colour change ‘injuries’ on the pets will be distributed across the Super Awesome network. 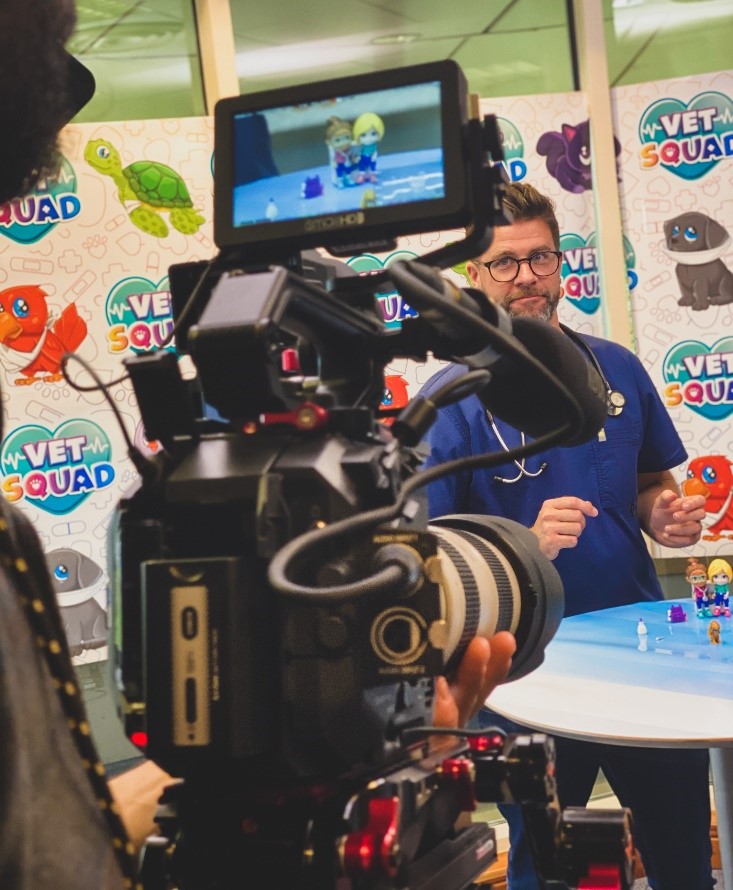 Vet Squad will also be endorsed by real-life vet and star of CBBC’s The Pet’s Factor Dr James Greenwood, known by fans as James the Vet. As well as being a spokesperson for the brand, James will lead a video series showing how he’d react to the Vet Squad’s rescue situations, supported by social media shorts giving consumers his top animal-care tips.

James will also help to launch a new social and PR driven campaign – Vet Squad Heroes. The campaign celebrates the small but important rescues parents and children carry out every day, from reviving a bumblebee to moving a snail off a path. Parents can submit their child’s rescue mission to the Vivid Facebook page to be in with a chance of winning a family ticket to any UK Sea Life attraction and a bundle of Vet Squad toys. All mini-rescuers will also receive a downloadable certificate to prove they are a Vet Squad Hero.

Chloe Burrowes, assistant brand manager, said: “We’re delighted to see our campaign get off to such a strong start. It’s great to see viewers discovering the world of Vet Squad through these digital episodes, and then creating their own imaginative rescue adventures in their own homes. James the Vet is the perfect brand ambassador for the range and highlights to any aspiring mini-vets how they can use their vets, pets and vehicles to replicate real-life animal care situations.”

Dr James Greenwood added: “‘I am delighted and very excited to team up with The Vet Squad to help bring veterinary care to the forefront of children’s imagination and play. Looking after animals has always been a huge part of my life, both while growing up and now as a vet, and I’m very pleased to help create that same experience to inspire the next generation of animal carers.”