The summertime events will span brands from ViacomCBS UK’s entertainment portfolio, including Milkshake!, Nickelodeon and MTV. 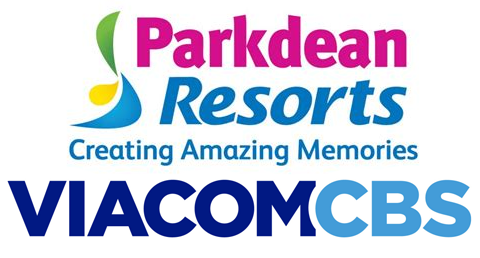 ViacomCBS UK has secured its first-ever partnership with the UK’s largest holiday park operator, Parkdean Resorts, to bring Channel 5’s Milkshake!, Nickelodeon and MTV-branded entertainment to holidaymakers staying at the group’s 40 parks across the UK in 2021 and beyond.

ViacomCBS UK will continue to build its event footprint through the new partnership with the British Travel Awards 2020 Best UK Family Holiday Company winner. The collaboration will ensure a fun-packed programme of entertainment for all ages via popular channel brands Nickelodeon, Milkshake! and MTV. Entertainment will include Milkshake! Mornings and Nickelodeon Summer Entertainment with SpongeBob SquarePants, Teenage Mutant Ninja Turtles and Paw Patrol for families and younger children.

In addition, MTV-themed activities and music-fuelled MTV Weekender events for over 18s will be coming later this year, with dates and locations to be announced in the coming months.

A brand-new live outdoor festival, 5 on the Farm, will take place at Cannon Hall Farm in South Yorkshire across the August bank holiday weekend from 28-30th August. Throughout the weekend, an exciting line-up of Channel 5 stars such as Ben Fogle (New Lives in the Wild), Amanda Owen (Our Yorkshire Farm), the cast of ratings hit drama, All Creatures Great & Small, Milkshake! Monkey and more, will be appearing at workshops, activities, live panels and demonstrations. The three-day summer event hosted by This Week on the Farm’s Helen Skelton, JB Gill and Jules Hudson is set to generate more than 70 hours of live entertainment for festival-fans and their families at Cannon Hall Farm. Lindeman’s Wines and outdoor clothing and camping specialist Go Outdoors have been announced as sponsors.

Virginia Monaghan, VP, Events & Experiences, VCN UK & Ireland commented: “We’re thrilled to be back with more live events this summer after a very tough year for the events sector. ViacomCBS UK is uniquely positioned to cater to all ages, from families with young children to hard-to-reach teenagers and young people. We’re looking forward to working with Lindeman’s Wines, GO Outdoors and Parkdean to safely entertain British holidaymakers and festival fans through our branded events across the UK.”