Casefile: Truth and Deception is a board game version of the successful true crime podcast and will hit shelves in Q4 this year. 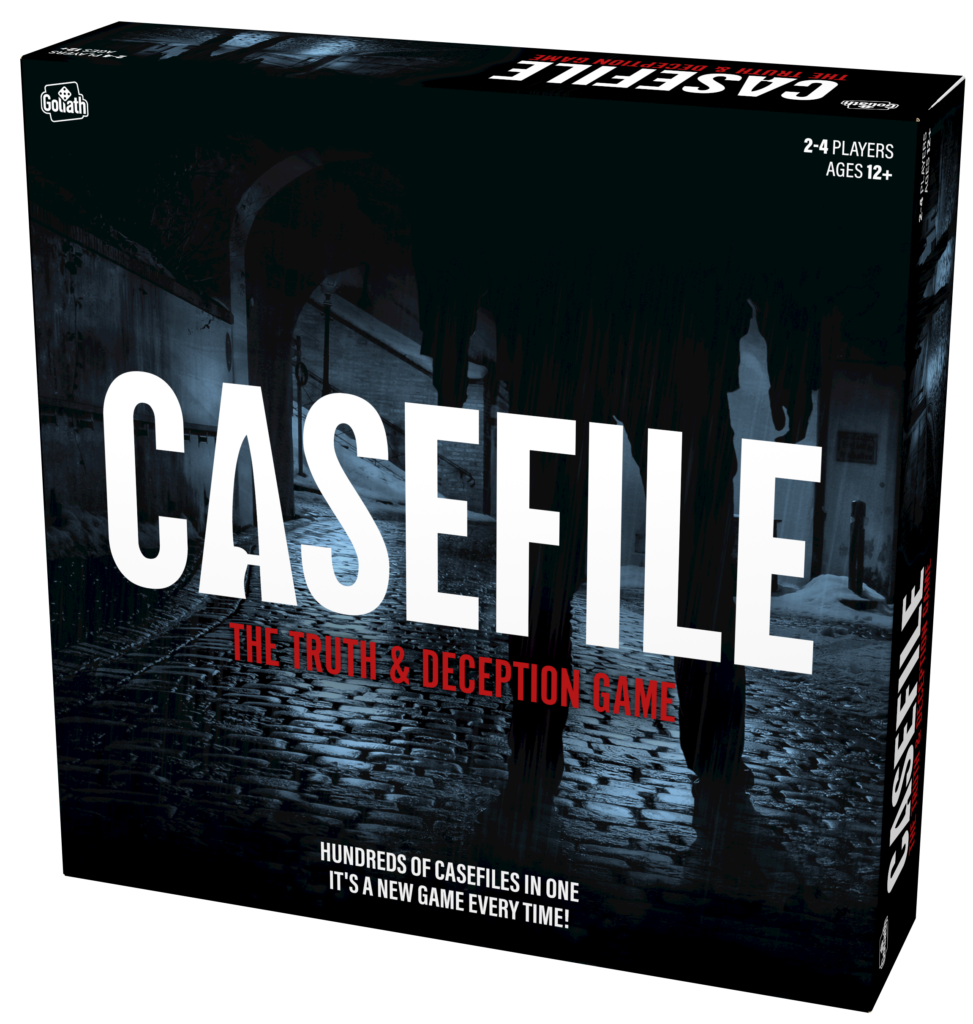 As part of its expanding true crime inspired games portfolio, Vivid Goliath is set to launch Casefile: Truth and Deception later this year.

Named one of the Podcasts of the Decade by Spotify, Casefile is a true crime podcast which examines real crime cases from across the globe; exploring all the intricate details around solved and unsolved crimes. Receiving over 500m  downloads since its launch, the podcast has won five Apple ‘best of’ awards and continues to be popular across numerous podcast platforms.

Tapping into the public’s fascination with real crime stories and unsolved cases, Casefile: Truth and Deception challenges players to put their detective skills to the test to solve crimes around a quintessential small town. Players must piece together the evidence to find out where it happened, who did it, how, and more importantly, why? With a different case every time you play, and the ability to play solo or in a group, the game offers infinite replay-ability for fans of crime dramas, murder mysteries and those with a thirst for intrigue.

“The public is fascinated by true crime, and that fascination continues to grow, so to be launching the board game version of such a successful podcast as Casefile is hugely exciting,” commented Ben Hogg, marketing manager at Vivid Goliath. “We’ve seen an increase in demand for true crime games in our wider portfolio with the successful launches of our Unsolved Case Files games. We’re looking forward to Casefile hitting the shelves this Autumn/Winter so that true crime fans can put their investigative skills to the test and become ‘real life’ detectives.”

Well known for its classic range of Kids Action and Family games, Vivid Goliath’s Games portfolio has seen impressive expansion across multiple categories. Offering everything from Party, Family games and Escape Room titles to the exciting new True Crime category, the company is confident that the new titles will further bolster its Games range after a bumper 2021 performance that showed year-on-year growth of +20%.