Waiting for the bang …it’s the Friday Blog!

Some of you may have picked up on the cryptic comment in last week’s Blog, which referenced imminent news about the Toymaster Show. At that stage, I was aware that the decision had been taken and that the show would not be happening in 2021. However, I was not able to announce it until the members had been notified. Once the news was made public later that day, numerous suppliers got in touch to register their disappointment (one sent a particularly pithy, one word email: “Bugger”), while others were curious about the rationale behind the decision to cancel.

So, I thought a little background information might come in handy. Having been forced to cancel last year’s May show, the Toymaster head office team was obviously keen for the event to return this year, providing it had the support of its members and suppliers. Broadly speaking, they were looking for an 80:20 split in favour of going ahead. Unfortunately, once the feedback from members and suppliers was collated, I gather that the split was closer to 60:40. Appreciating that this figure could dwindle further in practice (it’s easy to say you’re attending an event when the question is purely hypothetical), and that even a ‘2/3 event’ wouldn’t be the show everyone knows and loves, they reluctantly decided that the show should be deferred to 2022, when it will return in all its glory in its traditional May slot.

It’s also worth delving a bit deeper into some of the specific feedback, as it could potentially hold clues as to the potential challenges which other events may face. The August timing was a significant sticking point: several respondents apparently mentioned ‘holiday season’ and felt that holidays might impair their ability to staff the stand adequately. Other suppliers suggested that August would be too late from a sales perspective and their order books would be shut by that stage. On the other side of the fence, many members – especially those in coastal or tourist locations – are anticipating a bumper summer season and didn’t want to be away from the shop all week during such a busy period, which makes perfect sense.

Going off at a tangent, I remember a lively discussion with the country manager of a very large toy company about 15-20 years ago, when he told me that January was the wrong time for a UK toy fair, and it should be held in December instead. I tried to point out that no toy store owner, and even most major buyers, would want to be away from their store or desk during such a pivotal sales period, but he wasn’t having any of it. interestingly, he didn’t last too long in his role – I wonder why…

Anyway, I digress. There were two other areas of feedback of note: first, Irish members – whose presence is so important to the May show – were not convinced they would be able to travel, especially as the Irish vaccine rollout is a couple of months behind ours. Their absence would have been felt massively. Finally, there was a noticeable split in supplier sentiment, based on the size of company: the smaller and medium suppliers were particularly keen for the show to go ahead, while I gather many of the major suppliers were notably less enthusiastic. I was not overly surprised to hear this: smaller and medium suppliers arguably have more to gain from trade shows in general, while some of the bigger companies may feel that they have the resources and sales infrastructure to cope better in their absence.

Ultimately, sad though I am that we won’t be able to meet up with the toy community in Harrogate this year, I do think it’s the right call from Toymaster’s perspective. It’s also arguably an ‘easier’ judgement to make, as Toymaster is first and foremost a retail buying group – the show is a wonderful added value resource for its members and suppliers, but it is not the core of its business. The Toymaster team will soon be returning to the head office to support their members through the re-opening phase and whatever happens over the coming months, so they will have plenty to keep them busy. You can read more about that in an exclusive chat with Brian McLaughlin here. The same was true for the BTHA and the London Toy Fair – the BTHA has many important strings to its bow, in addition to Toy Fair.

It is, of course, a very different situation for dedicated exhibition organizing companies, who have owners, shareholders and livelihoods at risk if they cannot run their business in the usual way. Theirs is a far more delicate balancing act: safety of exhibitors and visitors remains of paramount importance naturally, but there is an added layer of ramification if their events are not able to take place. In the end, one event will have to take the plunge and attempt to be the first to run – very much a ‘risk vs reward’ scenario. Even a lacklustre show could get a significant boost from being the first ‘proper’ event to take place in a post-Covid world…

There are a few encouraging signs emerging: the governor of Nevada has loosened restrictions on large gatherings to allow them to operate at 50% capacity – good news for Licensing Expo organizer Informa, although the reduced capacity perhaps hints at a more pared-back show focused on the domestic market, assuming it is physically able to run in August as scheduled. Here in the UK, September’s Autumn Fair is potentially the first of the large-scale trade shows with a toy presence which could go ahead, with the Independent Toy & Gift Show also due to open its doors a few days later.

However, as the Toymaster show developments illustrate, appetite from both exhibitors and visitors is the key to when shows will be able to come back and whether they come back with a bang, or a whimper. Personally, as much as I want to be able to visit a trade show again, I think on balance that I’m happy to wait for the ‘bang’.

And whenever we can meet again, the attendance numbers will be boosted by the arrival of Max James Marler-Hausen, who was born on 10th March, joining mum Vicki and grandad Keith as the latest member of the Elmer toy dynasty. He is also arguably the industry’s youngest influencer, with a sponsorship deal already in the bag – as you can see from this photo of young Max sporting his ‘Elmer’ Babygro. 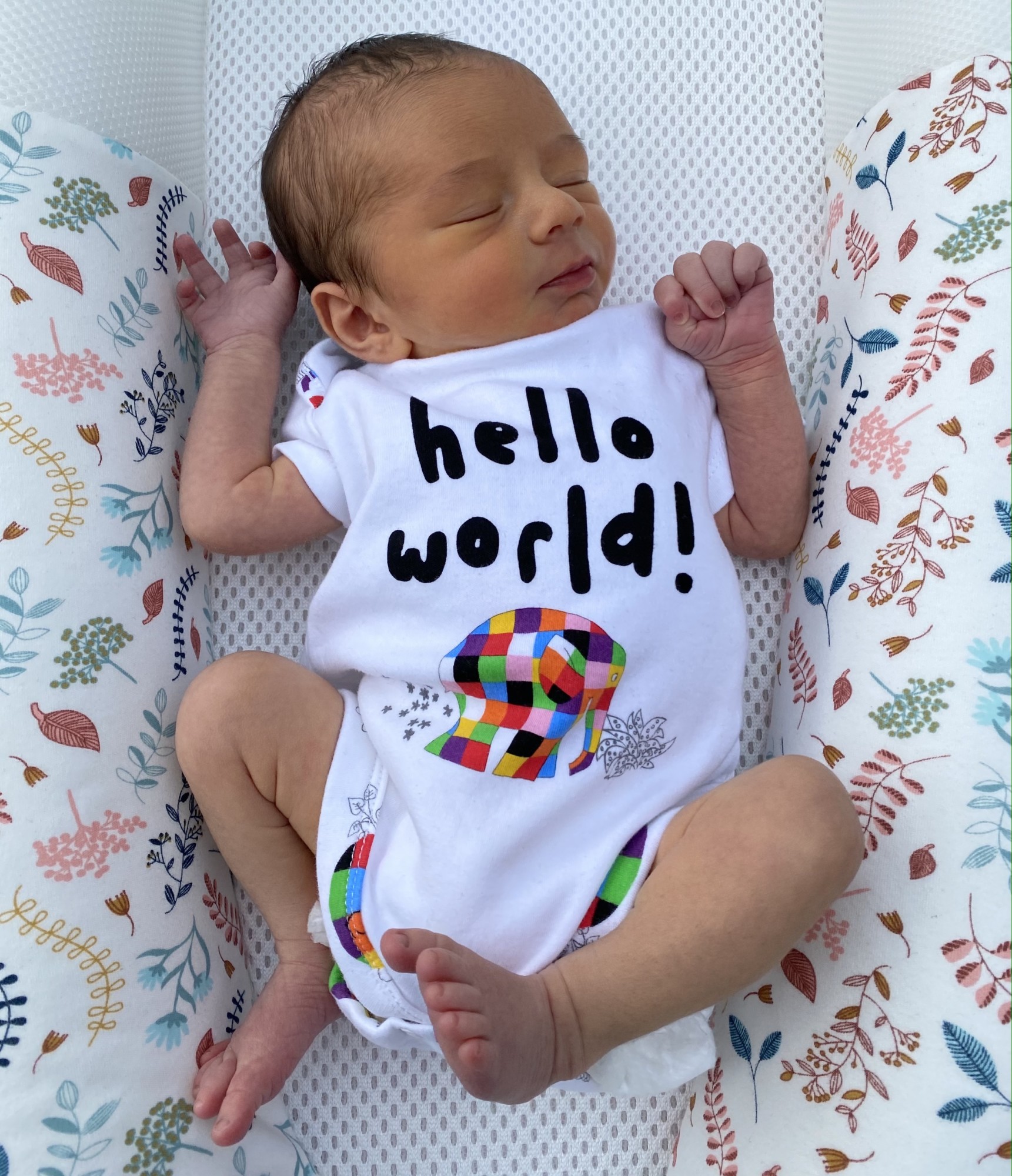