The studio will release all it’s 2021 titles to HBO the same day as they hit US cinemas. 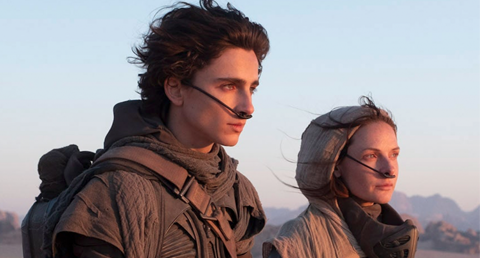 As reported by Empire, Warner Bros. has announced that its entire 2021 slate of movies, including Dune, Godzilla vs. Kong and The Suicide Squad, will air on HBO Max in the US the same day they hit cinemas.

The move is intended to make up for the shortfall in box office takings caused by lower cinema attendance due to the ongoing Covid-19 crisis, which in the US continues to rage. Here in the UK, where rates of coronavirus infection are lower, more cinemas are open, meaning we can expect straightforward cinema releases instead. HBO Max is also not currently available in the UK due to an exclusivity deal with Sky. The deal, which was extended for a further five years in 2019, means HBO shows are first broadcast on Sky – usually Sky Atlantic – or are available to watch on Sky’s streaming service Now TV.

The move comes not long after the studio announced that its highly anticipated Wonder Woman sequel, Wonder Woman 1984, would air on HBO Max the same day it arrives in cinemas in the US – 25th December.

“We’re living in unprecedented times which call for creative solutions, including this new initiative for the Warner Bros. Pictures Group,” CEO Ann Sarnoff said in a statement. “No one wants films back on the big screen more than we do. We know new content is the lifeblood of theatrical exhibition, but we have to balance this with the reality that most theaters in the US will likely operate at reduced capacity throughout 2021.”

“With this unique one-year plan, we can support our partners in exhibition with a steady pipeline of world-class films, while also giving moviegoers who may not have access to theaters or aren’t quite ready to go back to the movies the chance to see our amazing 2021 films. We see it as a win-win for film lovers and exhibitors, and we’re extremely grateful to our filmmaking partners for working with us on this innovative response to these circumstances.”

After a year of delayed or cancelled releases, closed cinemas or poor attendance, this latest news is likely to come as a major blow to cinema chains in the US.