Shopping centres are expected to continue to operate while restructuring options are explored. 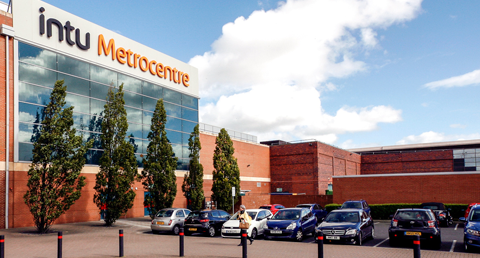 Intu, the owner of many of the UK’s largest and most popular retail destinations, announced on Friday that it was entering administration. The news wasn’t unexpected; the group, which has £4.5b in debt against it, had appointed KPMG some days before the 26th June midnight deadline for securing £12m in additional funding. Intu had also asked for an 18-month standstill to grant relief from covenant tests and payments on debt facility maturities. Ultimately, the group’s efforts to avoid administration proved unsuccessful.

Analysts are now attempting to decide what is most likely to happen next. Intu’s corporate structure is complicated; its shopping centre assets, 17 of which are in the UK, are owned by separate special purpose vehicles, against some of which Intu loaned money to fund its operations. Other loans were secured against the group. This meant that the complexity of the group’s loan structure increased as time went by – and all the while, its debts were increasing too.

CVAs (Company Voluntary Agreements) from Debenhams, Toys R Us, House of Fraser and HMV had impacted the group’s profits over the past few years, while the coronavirus crisis and subsequent shuttering of all non-essential stores this year led to a steep fall in rental income. According to trade publication Property Week, retail landlords collected just 18.2% of commercial rents for the June quarter, while other news outlets put the figure at 13.8%. Irrespective of the most accurate figure, the lockdown has had a very severe impact on the sector.

As it stands, the most likely outcome of the Intu administration is reported to be a restructuring, in which creditors take over the equity of the business, perhaps by untangling the debt and loans structure and breaking up the business. Analysts at Stifel cited press speculation on Friday, stating that any deal was vetoed by the junior £250m Trafford Centre lender, which it has been reported wanted to take control of the mall itself as it was unwilling to accept the standstill conditions.

In a statement, the firm said: “It is now likely that the individual lenders on assets, or groups of assets, will take direct control and appoint their own asset managers. This process could take three to six months and the lenders will need to continue financial support during that time in order to keep the assets operational.”

Stifel also noted that lenders would have to weigh up their options, balancing the avoidance of losses on outstanding loans with further lost income if Intu’s shopping centres are closed.