Which? survey highlights unsafe toys on sale on online marketplaces

Which says that more than 40% of toys bought from AliExpress, Amazon, eBay and Wish failed standard safety tests. 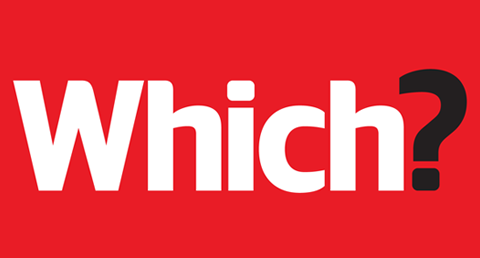 New Which? research has revealed that, although toys bought through online marketplaces should be held to the same safety standards as those sold in physical stores or through a recognised online retailer, a test of 28 toys bought from AliExpress, Amazon Marketplace, eBay and Wish found that 12 toys – or more than 40% of those tested – failed standard safety tests and would pose a danger to children.

Some of the items failed safety tests multiple times for different hazards, with 10 presenting a choking risk and two posing a strangulation risk. Two had either swallowable magnets or accessible batteries that could cause serious internal harm  if ingested. In all, more than 50 safety failures were discovered in the 12 toys that failed safety tests.

Which? notes that the BTHA found similar problems with toys bought from online marketplaces when it investigated them in 2020 as part of its Don’t Toy With Children’s Safety Report.

Speaking to Which?, Natasha Crookes of the BTHA commented: “We’ve been testing toys for three years and we’re still finding unsafe and illegal toys sold by third-party sellers via online platforms. Last year we found 86% of the toys we tested were illegal and 60% were unsafe. We can’t emphasise enough how careful consumers should be when purchasing toys via online platforms. Currently the platforms have no legal responsibility for checking the safety of the products that are sold before they are listed. Many products come from overseas, directly into the hands of UK consumers, and often no one has checked they are safe before they are given to children to play with.”

In the same year, Toy Industries of Europe called for action on online rogue sellers in its report – EU Toy Safety: the problem of unreputable sellers on online marketplaces by Toy Industries of Europe, which showed that of almost 200 toys bought from third party sellers on four online marketplaces in Europe, 97% did not comply with strict EU toy safety rules and 76% of those tested had defects that made them dangerous for children.

Sue Davies, head of consumer protection policy at Which?, said: “Many parents will be appalled by our research. Consumers should be able to trust that products sold in the UK are safe and meet the standards required, yet a woeful lack of checks and monitoring by online marketplaces means dangerous toys are entering people’s homes. It is absolutely crucial that online marketplaces are urgently given greater legal responsibility for the safety of products sold on their sites so that consumers are far better protected from dangerous and illegal items.”

AliExpress said that after being contacted by Which?, it removed the affected products and promised to continue to take action against sellers who violate its terms of use.

Amazon said it had proactive measures in place to prevent suspicious or non-compliant products from being listed. “When appropriate, we remove a product from the store, reach out to sellers, manufacturers, and government agencies for additional information, or take other actions,” said a spokesperson.

eBay said it had removed the products identified by Which? and taken ‘appropriate action’ on the sellers. “Our teams work around the clock as an additional safety net to manually review and remove anything which may not have been caught by our filters.”

A spokesperson for Wish said: “In the rare instance where a product falls foul of those standards, it is promptly removed and, where appropriate, the merchant in question faces a potential suspension from the platform.”

However, none of the individual sellers that Which? was able to contact responded to the findings.

The full Which? report can be accessed here.