Will Abigail sets up WA Agencies

Will has 22 years’ experience in the toy industry, both in buying and selling. 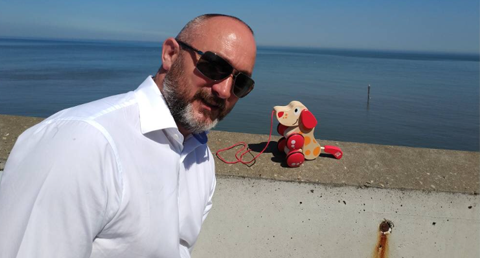 Will Abigail has announced that he is setting up a new sales agency, WA Agencies, bringing over two decades of experience to new customers.

WA Agencies will cover East Anglia and its neighbouring counties, including Norfolk, Suffolk, Essex, Cambridgeshire, Hertfordshire, Bedfordshire and Greater London. Will is also happy to consider a wider area of coverage if required.

Will made his start in the toy industry in June 1999 as a trainee buyer at Roy’s of Wroxham, before moving onto Westgate Department Stores in 2006-2009. He then enjoyed a brief spell at McColls before joining Jarrolds in 2010.

He moved into the sales side of the toy business in July 2014, acting as maternity cover at John Crane Toys for six months before joining Paul Lamond Games in January 2015. Will then joined Toymaster in September 2015 as development manager, signing a number of new members inside the first 12 months, before joining Marbel/Toynamics in September 2017.

Speaking to Toy World, Will said: “I’m excited to announce that I am taking this next step as a sales agent. I’ve accrued 22 years’ experience in the toy industry on both sides of the fence, and I’m now taking that experience to my customers with a new agency built on honesty and trust. If anyone wants to find out more, drop me a line – I’m happy to help.”