The awards were presented at a gala event held in Olympia’s Apex Room following the first day of the 67th annual Toy Fair. 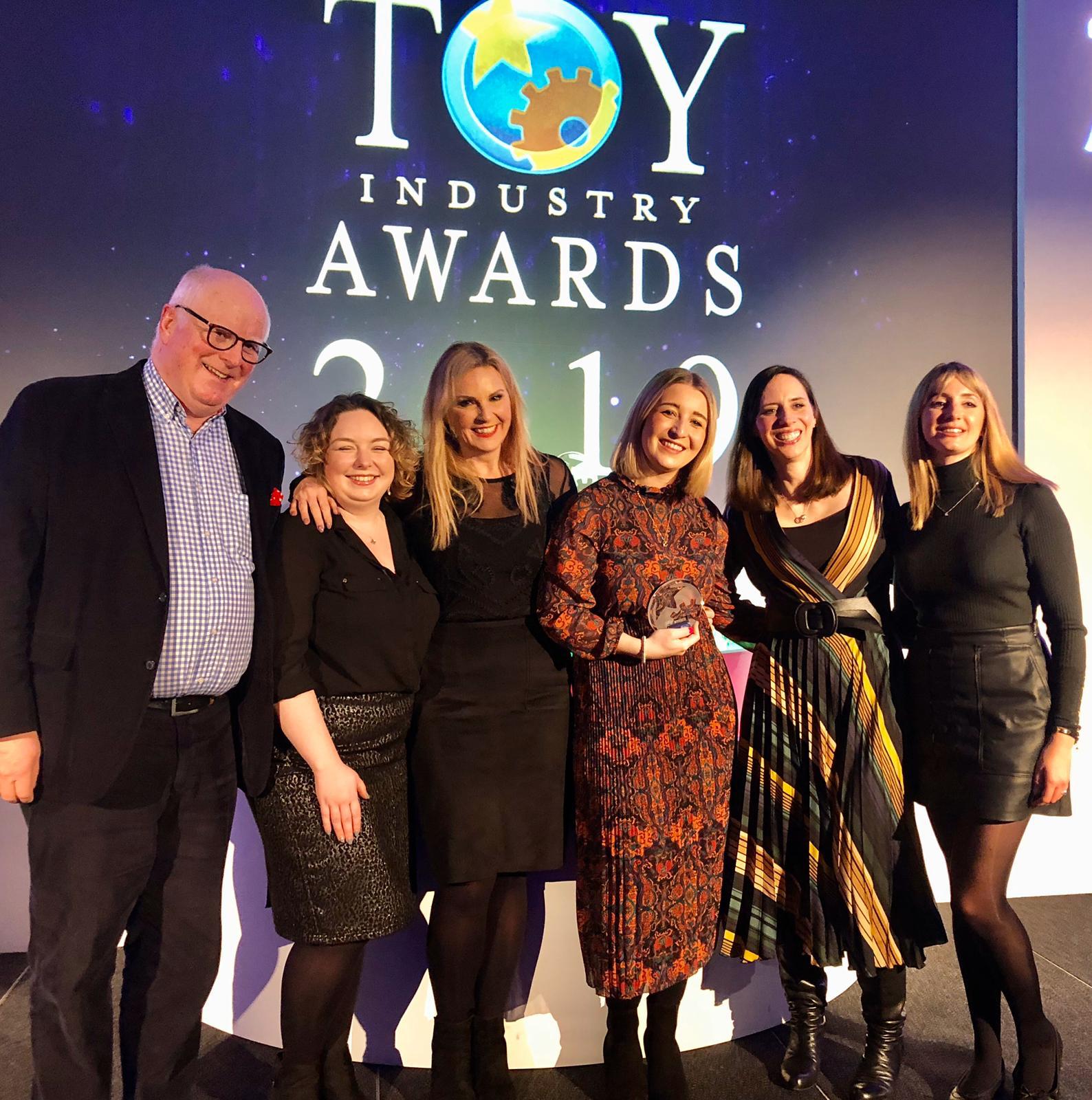 Alan Simpson presents the MGA Entertainment team with its award.

MGA’s L.O.L. Surprise!, Orchard Toys, Lego and Character Options triumphed at last night’s annual Toy Industry Awards, along with a raft of other companies that received recognition for their products and services.

TRA chairman, Alan Simpson, revealed the Toy and Supplier of the Year Awards.

The Toy and Supplier of the Year awards are as follows:

Isaac Larian, CEO and founder of MGA Entertainment, said: “Team MGA has now won the Toy of the Year in the UK, three times in a row, and with the New York Toy Fair around the corner, we are looking for a ‘three-peat’ at the US TOTY awards as well. This win proves that new and original toys drive the toy business. It is #MGATime2020. We will achieve high, double digit growth again in 2020 based on our new, original principle. I am incredibly proud of my team in the UK and around the world.”

Alan Simpson, chairman of the TRA, added: “In a tough year for the industry, tonight’s winners and nominees had to work harder than ever to launch innovative and appealing toys to cut through the marketplace. The companies celebrated this evening should be proud of their achievements in an otherwise difficult 2019. It’s right to recognise the innovation and play value that continues to be brought by the winners and nominees of this year’s awards. My personal thanks also go to the selection panel for taking time out of their busy schedules before Christmas to choose these worthy winners.”