Unite said 92% of its members at Felixstowe, the UK’s biggest container port, voted in favour of strike action. 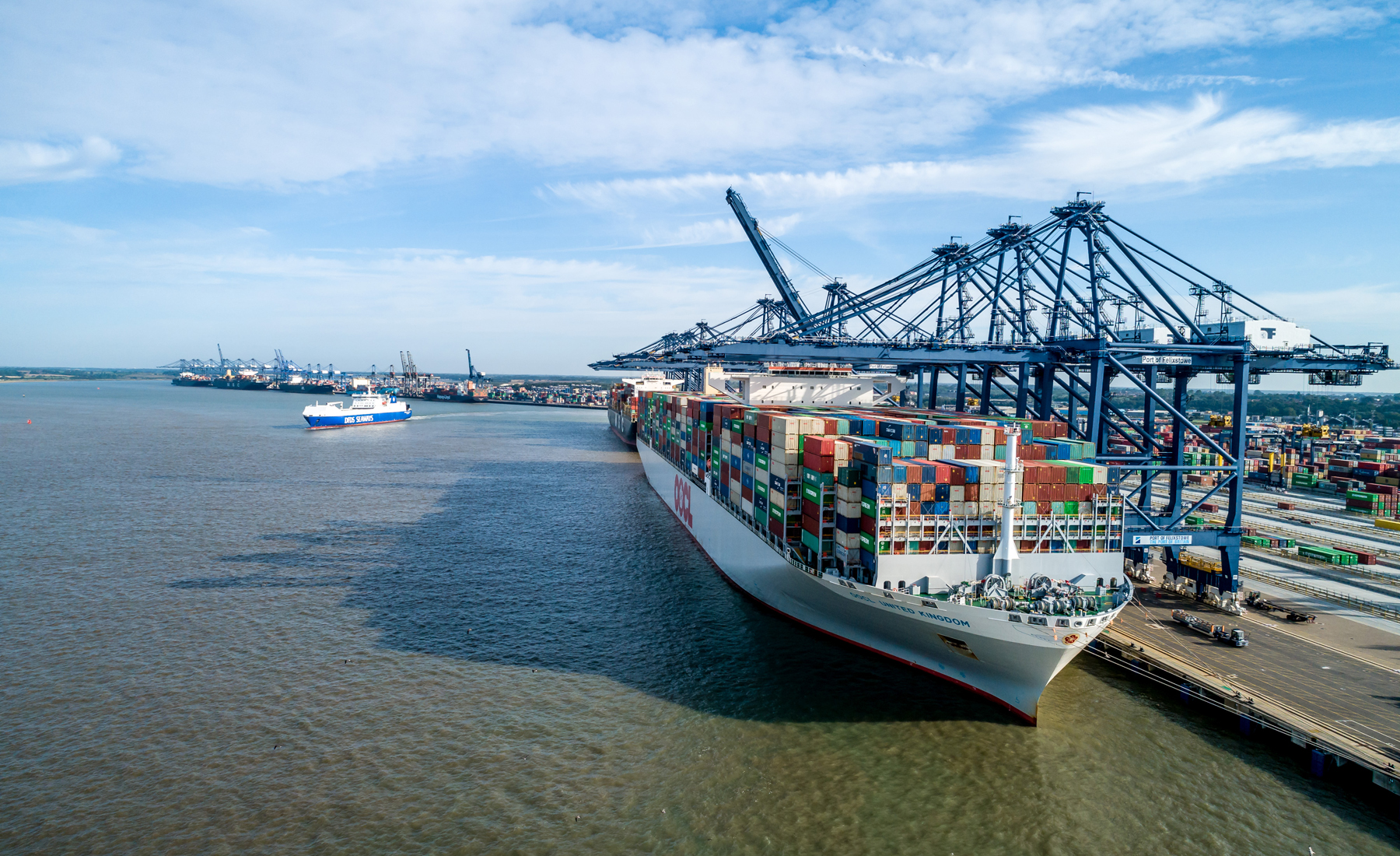 Photo by Stephen Waller, courtesy of the Port of Felixstowe.

Workers have voted to strike at the UK’s busiest gateway for containers in a dispute over pay. The union Unite said 92% of its members at the Port of Felixstowe voted in favour of strike action following an 81% turnout for the ballot. Felixstowe Dock and Railway Company has offered a pay increase of 5%.

A date for the proposed strike has not yet been agreed. Port spokesman Paul Davey said: “Both parties are still talking and we hope to avoid any industrial action.The company made what we believe to be a very fair offer and we are disappointed with the result of the ballot.”

In a statement, Unite said: “The dispute is a result of the Felixstowe Dock and Railway Company offering a pay increase of just 5% to its workers. This is an effective pay cut with the real (RPI) rate of inflation currently standing at 11.9%.”

Last year the workforce received a below inflation pay increase of 1.4%, according to the union. Unite general secretary Sharon Graham said: “This is an extremely wealthy company that can fully afford to give its workers a pay rise. Instead it chose to give bonanza pay outs to shareholders touching £100m.”

Any strike action at Felixstowe will inevitably create huge disruption across the UK’s supply chain, should the 1,900 members at the port – virtually the entire manual work staff – choose to go ahead with industrial action. The Port of Felixstowe handles 48% of container trade, the union said. Toy companies relying on importing stock will need to monitor the situation closely in the weeks ahead.