CEO Richard North hails the win as an honour the company will cherish and a great start to Wow! Pods’ North American launch. 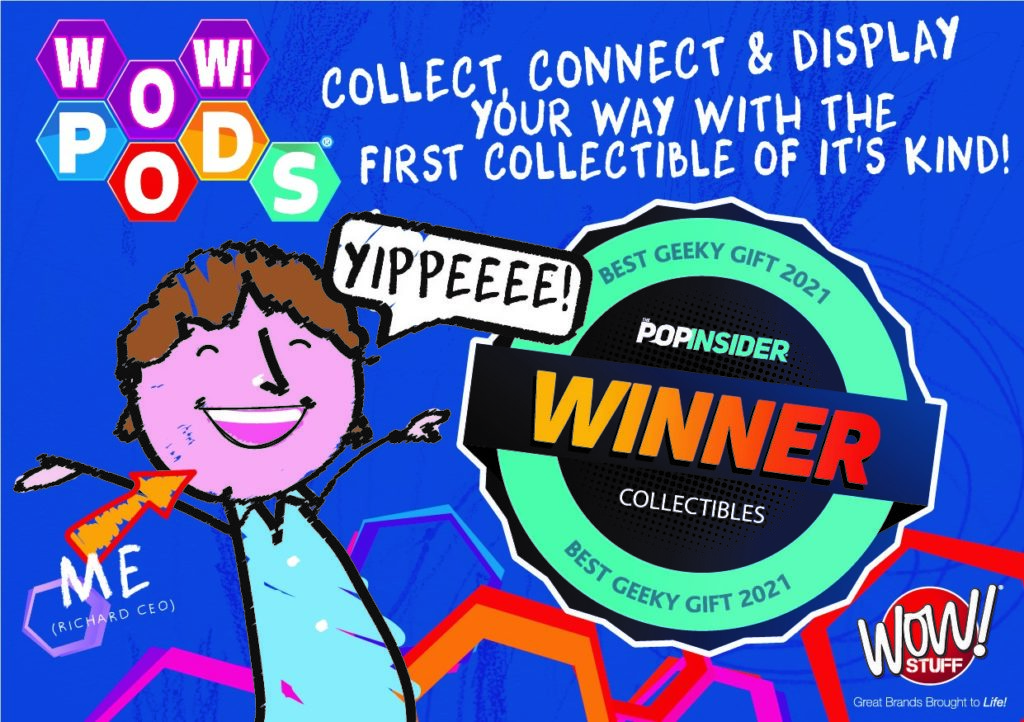 This adds to Wow! Pods recent wins in the UK at the Blogon Awards (1st place in Collectibles) and the Independent Topy Shop Awards (Gold Winner, Collectibles).

Richard North, co-founder and CEO of Wow! Stuff, owners of the Wow! Pods brand, told Toy World: “We are so, so, so flipping well over the moon to win such a big category at the Pop Insider Awards in North America, the heartland of pop culture collectibles. This is an honour we will cherish and it’s also a great start to our North American launch.”

The brand launched initially in the UK market and has now averaged the No.1 Best Seller ranking on Amazon UK for the last four months n two categories, and is No.1 at time of writing in both the Bobble Head and Play Action Figures categories.

Marissa Silva, editor-in-chief at the Pop Insider explained why Wow! Pods had been successful in winning the award: “We know that one of the biggest issues fans have with their collections is figuring out awesome ways to display them. We really love Wow! Pods because of the unique display feature. The design is awesome, the figures are detailed and fans can actually afford them. Bonus points for all of the incredible characters that are available, with more still to come.”

Wow! Stuff’s director of Innovation, Dr. Jim Wyatt explained the strategy behind the success of the brand, “I’m a geek myself and a long-time fan of kidult collectibles. We have some really exciting treasure hunt models, rare and limited editions – all using our patents and the Swipe to Light mystery reveal feature. The fans are driving which brands to go after next, and we’ve now signed more than 20 leading tier 1 brands across many different properties.”