The first flash-to-the-beat fashion forward character collectible, the Chibies collection will be available from Wow! Stuff in the UK and Europe from April this year. 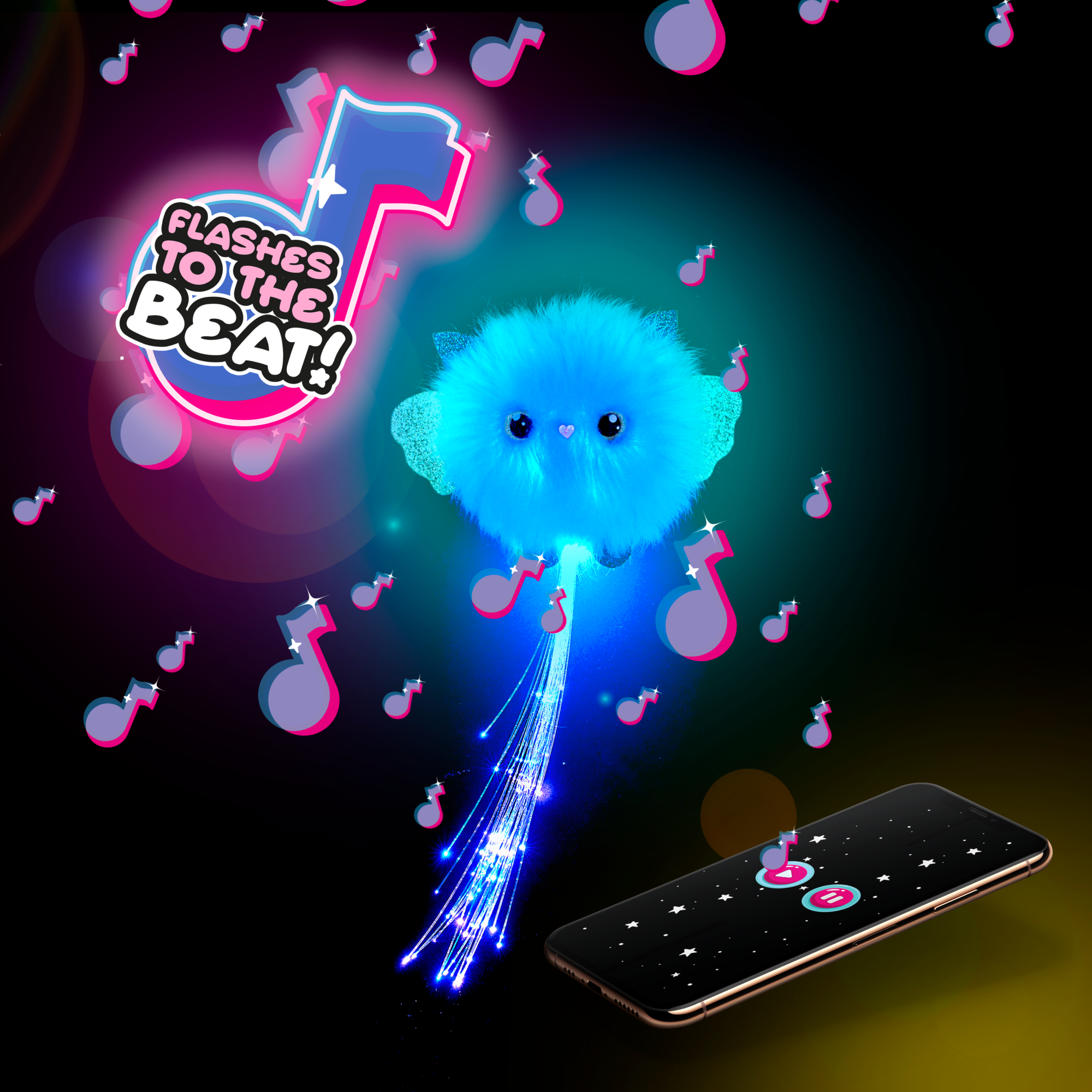 Chibies characters flash to the beat of any tune a child plays across any genre; K-pop, rock, pop, hip-hop, even classical. High-tech sound sensors embedded into the character listen to the music and react in real time, even synchronising with every other Chibie in the room. To activate the sound sensor, children simply ‘Nudge their Nose’. They can then play any music and watch Chibies flash perfectly to the beat. Wow! Stuff claims they even flash to the sound of a child’s voice.

Dawn Lavalette, Global SVP and commercial director at Wow! Stuff commented, “Chibies are inspired by Japanese pop-culture and the neon lights and party atmosphere of Tokyo. 18 months of Wow! Stuff tech team development has resulted in a unique sensor that can perfectly synchronise to any music style at all. Turn the lights down and the music on and watch the kids reactions. We always look for that “Wow!” reaction from our toys. Try it and you’ll see that anyone, kids or adults, reacts with “Wow!” the second the music and beats hit. Add a few Chibies to the décor of a bedroom and their flashing will harmonise to the correct level of brightness and beat intensity”.

Chibies features a fun unboxing experience with a ‘Peel to Reveal’ of the foil pack. One Chibie and nine accessories are included, with 10 different characters to collect. Chibies can clip to curtains, pillows, lampshades, shelves or can even be worn in the hair and attached to clothing or backpacks. Batteries are included so consumers won’t have to add them at the till or checkout.

Chibies are ideal for ages 4 – 8 years, but are also attractive to ages 8 – 14 years for home decoration, parties and nights in listening to music. At an attractive SRP of £9.99, fans will be able to build up a collection.

A striking TV advert has been created to get the flash-to-the-beat concept across, which can be viewed below.

Available in the UK and Europe from April, Chibies will be supported with a social media campaign directing sales to stocking retailers. In the US, the  range will initially be launched at Target in the spring.