Toy innovation company Wow! Stuff has confirmed its attendance at London Toy Fair where groundbreaking reveals are promised on Stand B25. 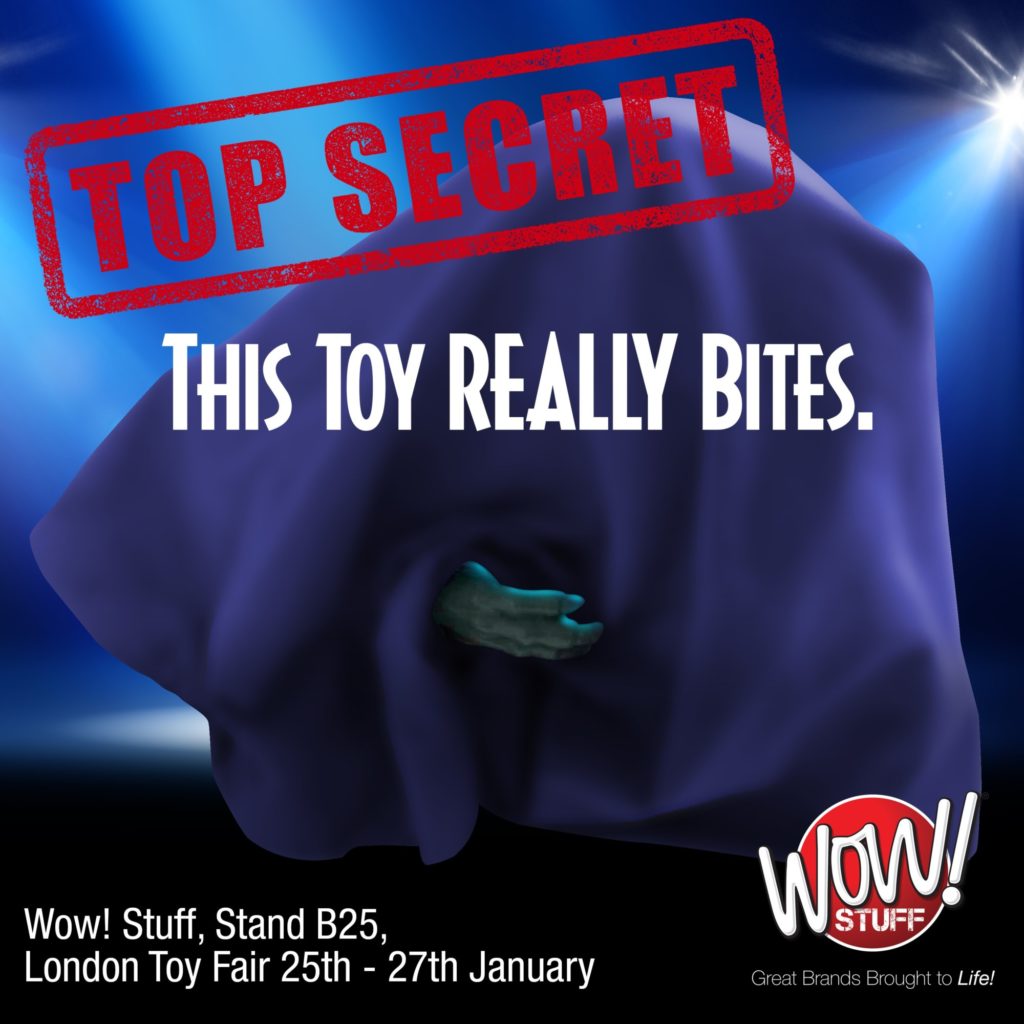 Dawn Lavalette, commercial director, Wow! Stuff announced: “We are proud to support the London Toy Fair. It’s the perfect platform to reveal our latest global blockbusters to our UK retail partners. This year, we think we’ve delivered the best toys in our history; the new lines are utterly groundbreaking.”

Since launching its first big hit, Airswimmers, back in 2011, Wow! Stuff has built a reputation for developing and launching high-volume blockbuster toys.

The company’s Harry Potter Invisibility Cloak was one such sensation, winning a TOTY (Toy Of The Year Award) for innovation.

Richard added: “As a go to innovation company for prestigious brands, we have an in-house team of scientists across digital, physical and cybernetics (robotics) at their disposal. The effect a blockbuster line has is to gain extensive PR for the overall brand, selling large volumes of the halo item and lifting sales across the broader range – it’s a win for everyone. These new blockbuster toys will do just that for the mighty brands they represent. Come and find out more at the Toy Fair.”

Wow! Stuff is also set to announce a ‘major co-operation’ with a leading global toy company for US sales. The as yet unannounced company will have the first official public launch of the new blockbuster lines, as well as US distribution rights.

Richard continued: “Our distribution has grown from 16 countries in 2020 to 32 in 2021. Many are direct with our new office representations in France, Iberia, LATAM and shortly Germany. Complementing our existing UK warehouse is a new European distribution hub in Germany. However, this new US partnership is the first of its kind we’ve completed and something we hope to repeat with appropriate partners who are fun to work with and best in class within a category or channel.”

Wow! Stuff will also reveal a host of new lines in leading tier 1 brands at Toy Fair, including CoComelon, Peppa Pig, The Wizarding World/Harry Potter and Jurassic World. There will also be ‘huge’ extensions to the company’s No.1 best-selling line of bobble-head collectibles, Wow! Pods.

Visit Wow! Stuff at London Toy Fair at Stand B25.