The lifelike, full-scale, all new, animatronic baby dinosaur has been produced under Wow! Stuff’s special projects brand RealFX, and comes to life in your arms. 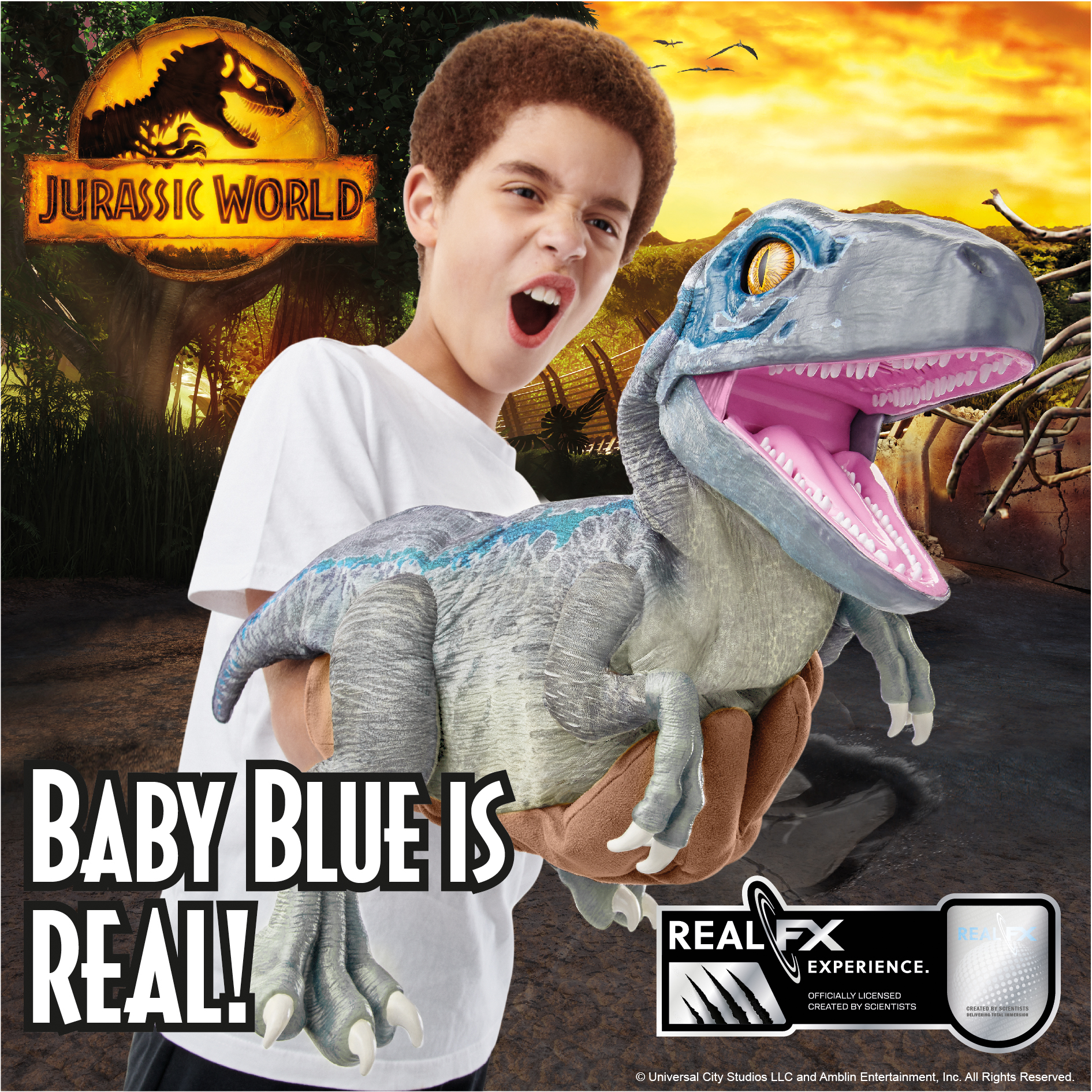 This truly innovative toy, inspired by the blockbuster Jurassic World franchise from Universal Pictures and Amblin Entertainment, is an incredibly lifelike, full-scale all-new, animatronic dinosaur created under Wow! Stuff’s special projects brand, RealFX – and comes to life as the user cradles it in their arms.

Richard continued: “To ensure a global launch that matches the excitement both Wow! Stuff and Universal have for RealFX Baby Blue, Wow! Stuff will mobilise its in country managers and distribution partners across EMEA for best in class sales and marketing.”

The Jurassic World RealFX Baby Blue lets kids create their own unique dinosaur encounter. Featuring life-like feel and movements, the RealFX Baby Blue comes alive with easy one-handed controls. Kids can manoeuvre Blue’s blinking eyes as well as mouth to simulate a ferocious bite, and move the head and neck to protect, battle or lunge. They can get close and pet Blue to activate touch sensors on the head and body that activate over 20 movie sound effects.

Jurassic World RealFX Baby Blue is suitable for ages six and up.

Wow! Stuff has also teamed up with Jakks Pacific for sales, marketing and distribution in the USA and Asia Pacific.

Craig Drobis, SVP of marketing at Jakks Pacific, commented, “This toy will take play to the next level with elements of tech and creativity, allowing the child an advanced play pattern that they can share with their friends and family. Jakks Pacific is proud to partner with Wow! Stuff to unleash this item in the US this year to excited Jurassic World fans.”