Fans can travel to Tatooine with this Star Wars-themed spin on Love Letter, the award-winning card game from Z-Man Games. 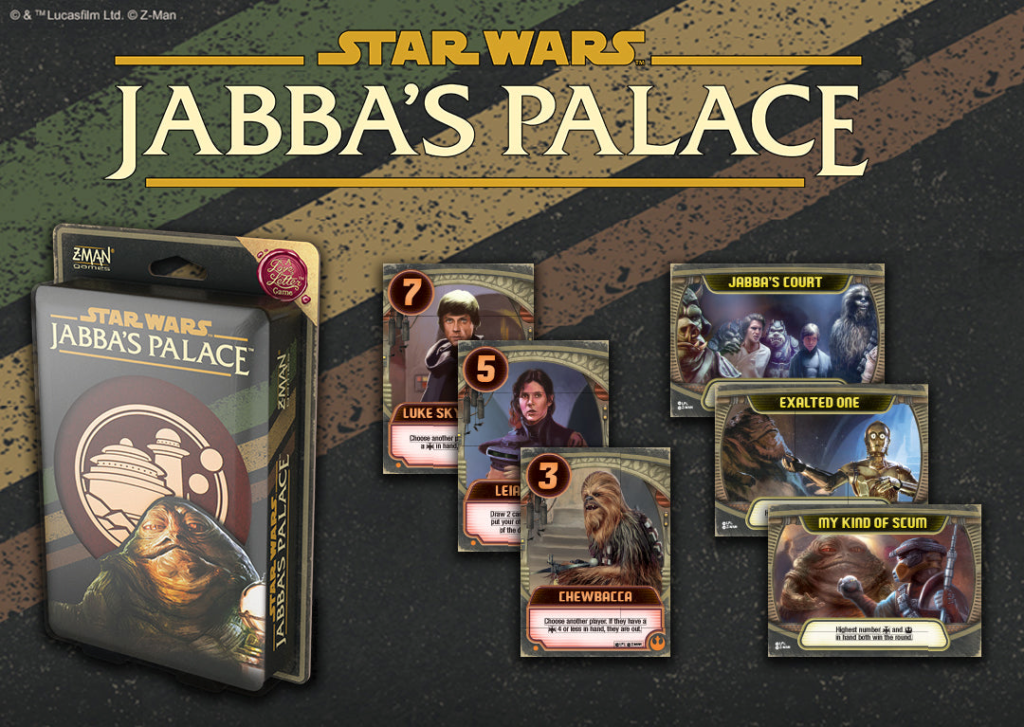 Asmodee and Z-Man Games have launched Star Wars: Jabba’s Palace – A Love Letter Game. This new adventure pairs Love Letter’s signature social deduction gameplay with the iconic stories of the Star Wars galaxy for a game of rebellious bravery and clever deceit. Players use the talents of classic Star Wars characters to outwit and outlast their opponents in this quick, accessible card game for the whole family.

New to Star Wars: Jabba’s Palace — A Love Letter Game are Agenda Cards, which shake up the traditional Love Letter gameplay with specific victory conditions and add endless replay value to each game.

With 20-minute play sessions and 2-6 player support, Star Wars: Jabba’s Palace – A Love Letter Game is a perfect game night choice for friends and family. Its portable card deck and pouch of tokens make it a great travel companion as well.

Z-Man games says: “No matter where they are in the galaxy, adults and children aged 10 and up will want in on the action with this competitive, fast-paced game.”