The mother and baby gorilla duo were unveiled at the ZSL London Zoo event to guests including Olympic gold medallist gymnast Max Whitlock. 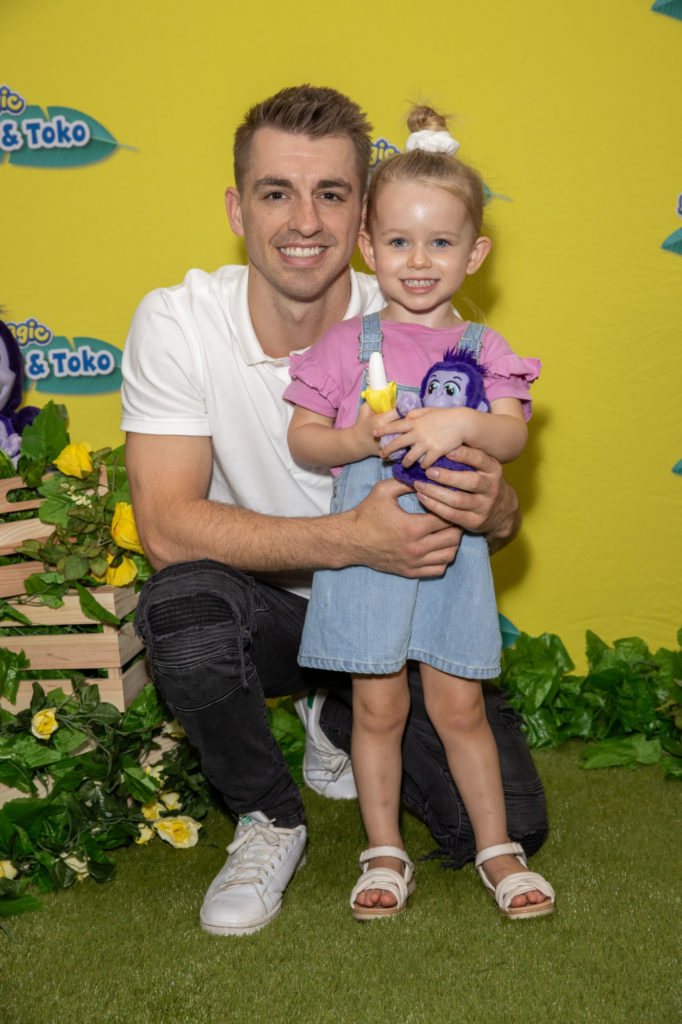 An interactive plush mother and baby gorilla duo from Vivid’s Animagic range were launched at ZSL London Zoo on Saturday to an audience including celebrities and influencers.

Tiki & Toko feature over 100 sounds and movements inspired by how the apes interact in the animal kingdom. The gorillas, which benefit from the Animagic brand refresh for autumn/winter 21 with new stylised plush and an eye-catching pack style guide, can be played with both together and separately. When together, they will talk, sing and fall asleep in each other’s arms but when taken apart; the pair will whimper until they’re reunited again. The gorillas also come with two feeding accessories, tapping into familiar play patterns. If not fed enough they’ll ask for more, but feed them too much and they’ll let out a loud burp.

Saturday’s launch saw guests treated to a whole host of jungle themed activities and entertainment including face painting, branded glitter tattoos as well as experiencing a VIP talk from one of the Zoo’s dedicated gorilla keepers.

Olympic gold medallist Max Whitlock, dancer Abbie Quinnen, radio presenter and influencer Anna Whitehouse and much loved TV star Linda Robson were all in attendance with their children and grandchildren among many others. National online coverage of the launch hit almost instantaneously across the morning as well as extensive social media coverage hitting pre- and post- event with many influencers taking to their owned channels to showcase the Tiki & Toko samples they took home.

“We’re delighted with the success of the Tiki & Toko launch,” commented Chloe Burrowes, senior brand manager at Vivid Goliath Group. “The room was packed and there were so many positive comments and feedback on Tiki & Toko – both on the day itself and across all of the social coverage afterwards. It’s created a real buzz around the product, so it’s a fantastic way to kick off the Tiki & Toko campaign ahead of the key Christmas buying period.”

She added: “Our celebrity partnership campaign was also given a huge boost ahead of the event with Stacey Solomon posting a video on her Instagram channel of her children playing with Tiki & Toko which was brilliant. All of our PR activations have received an amazing response so far, and we’ve already seen a sales spike from our activity.”

The event kicks off a wider campaign which includes a heavy weight TV campaign, influencer marketing, PR and digital support running over the next few months.