Another one bites the dust…it’s the Friday Blog!

The turbulent start to the UK toy retail year continues: after the unfortunate demise of both Beales and Hawkin’s Bazaar, along with persistent rumours of a certain large Toymaster member being ‘on stop’, this week saw the announcement that Debenhams would be closing all of its toy departments, with the inevitable consequence that all of its head office staff working in the toy category have been made redundant.

This is clearly very sad news, but not entirely unforeseen – the writing has been on the wall for months. Suppliers have found it almost impossible to get credit insurance for some while, while the buying team’s non-appearance at early year shows led many to speculate that the end may be nigh. I would even go a step further: when the new flagship Debenhams opened in Watford last year, the toy ‘department’ – if you can call four or five small fixtures a department per se – was hidden away in the corner of the basement, between much larger areas given to luggage and childrenswear. If this was the future of Debenhams (as the new store was trailed), it seemed pretty clear to me that toys were going to play little or no part in that future. And so it has come to pass. Several of the Debenhams toy buyers were highly regarded, so hopefully they will pick up new roles elsewhere. At least suppliers no longer have to wrestle with their conscience (or their accounts department) about whether to supply without credit insurance.

I heard the news about Debenhams as I was driving to Spring Fair – thanks to our ‘source’ for the tip off, it helped us to achieve our highest-ever online daily traffic number. Amazing what you can achieve when you have a hot story exclusively – it rather makes a mockery of the idea that the more media outlets you send a story to, the greater the number of people who will see it. I suspect our traffic volume on Monday and Tuesday comfortably exceeded the number of people who visit some of our competitors’ websites in a whole month – sometimes less really is more.

After such an inauspicious start, if I am being completely honest, the day didn’t improve dramatically. I think it’s important to caveat what I am about to say: Spring Fair is a Home and Gift Fair. It does what it says on the tin. I have little doubt that exhibitors in the halls frequented by gift retailers did well at the show – Hall 4 certainly seemed a lot busier than Hall 5 on Monday. It strikes me that therein lies the problem; creating a ‘toy ghetto’ in a gift show seems to have given many buyers an excuse NOT to visit it, rather than facilitating toy companies meeting gift retailers – surely their principal reason for attending? Hall 5 felt like a bit of a mish-mash, with Christmas and Party almost overshadowing what felt like a smaller ‘toy’ section than in previous years. There were numerous rumours circulating of free stands and additional space being offered to existing exhibitors at the last minute, while a stand selling Sky packages and a gigantic Mercedes truck promoting van sales were hardly the sort of thing that would have taken up valuable floor space in the show’s heyday. A press release we received yesterday, talking about next year’s event, mentions ceiling mouldings and flooring – but not toys. For those companies who sit at the intersection of toys and gifts – plush companies, general wholesale suppliers etc – the Spring Fair may yet continue to offer a credible route to meet customers, but as each year passes, I find fewer mainstream toy companies seem to feel at home there. It will be interesting to see how it all pans out (and I haven’t even mentioned the worst press office ever!).

My old friends at Amazon have been back in the news this week; the fact that its global sales rose by 20% in Q4 2019 to hit an eye-watering £67bn vividly illustrates what a huge impact Amazon must be having on bricks and mortar retail across the world. Yet even as turnover goes through the roof, concerns persist about certain of Amazon’s strategies: this week saw the Which? report call into question the authenticity of the ‘Amazon Choice’ badge, suggesting that unscrupulous sellers can easily game the system. Meanwhile, several suppliers have contacted us to register their frustration and bewilderment at the way negotiations over new terms are being conducted, while it seems that suppliers also have to watch out for Amazon suddenly reducing the price of their lines, then sending them a bill to  to cover the entire cost of the reduction. Refusal to cough up appears to place the supplier at risk of having the line (or indeed, the entire range) suspended. People used to complain about the ‘unyielding’ way in which certain major toy retailers handled sensitive negotiations, but from what I am hearing, Amazon is taking the concept of ‘intransigence’ to a whole new level.

The effects of the Coronavirus continue to spread almost as rapidly as the disease itself. This week has seen the postponement of the Toy & Edu China Fair, which was due to be held in Shenzen in March, as well as the cancellation of the China Pavilion at the New York Toy Fair. Both seem to be sensible decisions, as travel to and from China remains challenging. Numerous Chinese visitors couldn’t even return home after Nuremberg – thank goodness hotel prices drop dramatically the week after the show, as some looked set for quite a prolonged stay. Someone even suggested that as I meet so many people at shows, I should have been placed in two weeks’ quarantine before being allowed back into the UK, which I thought was a bit harsh.

Yesterday’s death of the Chinese doctor who first warned about the virus is scary – the impression that has been given up to now is that those dying have been old, infirm or had underlying health issues. Now Guangzhou has been placed under quarantine, bringing the issue to the heart of the toy production region.

I have read conflicting views of the gravity of the situation and the effectiveness of the Chinese government at containing the virus and stopping its spread, and there is a growing suspicion that the real position is far worse than has been reported. Challenging times for the global supply chain, but far more so for the Chinese people. The clinical professor of Hong Kong University – who clearly knows a lot more about these things than I do – pointed out that SARS only really died out during the high temperatures and humidity of summer. If he is correct in his assessment, what impact could this have on autumn winter production? Across the industry, people are starting to look at making contingency plans – even Disney appears to be taking precautions to make sure that its star turn of 2020 won’t be affected… 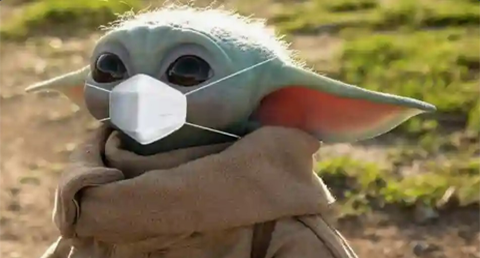