New Paw Patrol, Pixar, Marvel and Minions editions of the best-selling game will roll out this year. 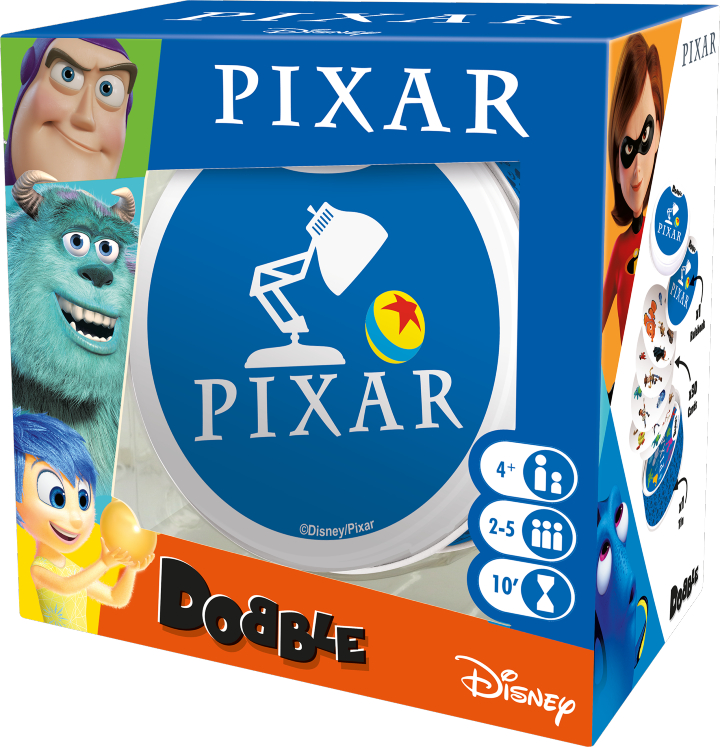 The game, which tasks players with spotting the single matching image between two cards, has grown into a phenomenon in recent years, becoming the UK’s best-selling game of 2018 and 2019 (according to NPD data). It has already experienced success with licensed editions based on properties such as The Gruffalo, L.O.L. Surprise! and Harry Potter, with the latter flying off shelves in 2019.

Beginning with Dobble Pixar, these four new games will be released across 2021, offering fresh new opportunities for fans of each property to find the perfect way to enjoy the fast-playing fun of Dobble.

“Dobble is a game whose format lends itself very well to great licensing crossovers, which we’ve already seen with the phenomenal success of the likes of Harry Potter Dobble,” says Anil Boodhoo, Asmodee UK’s national channel director. “We’re excited to be partnering with four iconic brands on an ambitious release schedule as we continue to take Dobble from strength to strength.”

Retailers will be able to get an up-close look at these new editions, as well as find out what else is next for the Dobble brand and discover other major new additions to the Asmodee catalogue, at the third edition of AsmoFair, Asmodee’s pioneering virtual trade show. Running from 17th-23rd January 2021, the event now features a 360-degree virtual tour of a fully built show stand that brings attendees even closer to the feel of an in-person show. With weekend and evening meeting slots available, retailers can head to asmofair.co.uk for more information or to book a meeting.