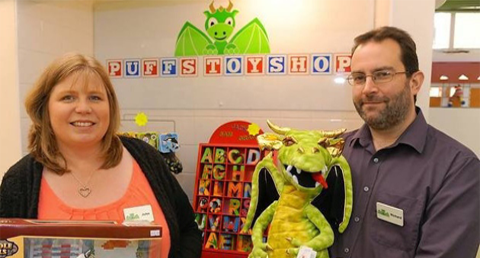 The owners of Puff’s Toyshop, based in Norfolk, have closed the doors to the shop after eight years since opening on the high street.

Richard Harding and Julia Alexander opened Puff’s Toyshop on Fairland Street in Wymondham in 2012 after noticing a lack of toy shops in the town. Their goal was to encourage shoppers to return to the high street after Woolworths closed.

Earlier this year, when the UK was in lockdown, the pair kept business going by delivering toys to local customers, before reopening once restrictions eased. The owners made the decision to close the shop once the lease came up for renewal, much to the dismay of their loyal shoppers. Before closing, the shop held a 50% discount sale.

In a post on social media, Richard and Julia said: “Our lease is coming to an end and circumstances make this the right time to go. We would like to thank all our lovely regular customers and supporters throughout the years…it’s been tremendous fun being here and we hope that Puff’s will be remembered fondly by young and old.”

Richard, an avid board game fan, opened the toyshop having had plenty of retail experience; he ran a shop in Brighton before moving on to become store manager at a Game store in south London.

He then worked for Norwich City Council before opening Puff’s – named after Puff the Magic Dragon from the children’s song.

Puff’s Toyshop was much loved by the local community, so much so that in 2018, when it was the subject of a scam in which it lost £200, the town rallied round to raise the money in a crowd-funding exercise to ‘right the wrong.’

Following the announcement on social media, many customers posted their best wishes and support.

One customer commented: “A real highlight of shopping in Wymondham. Puff’s really will be missed. Good luck with whatever you do next.”

Another added: “So sorry to hear Puff’s is closing. You brought so much joy to children.”