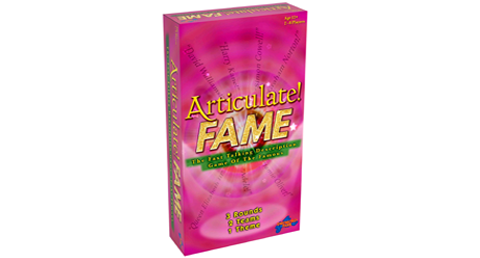 Following its launch earlier this year, Drumond Park’s celebrity packed version of Articulate, Articulate Fame, has proven to be a welcome addition to the Articulate family, with sales expected to soar ahead of the festive period.

To encourage sales, as well as continue to reach its key demographic of a younger audience, Tomy and Drumond Park have announced a partnership with children’s media agency, KidsKnowBest, to launch a dedicated influencer campaign. Featuring well-known A-listers across TikTok and Instagram, the campaign is set to reach a combined following of over 10m fans.

Tomy has challenged influencers, including Love Islander Kady McDermott and TOWIE’s Chloe Brockett, to create their very own unique content to demonstrate this fast-paced description game in action.

To further show investment behind Articulate Fame, Tomy and Drumond Park have launched a four-week paid media campaign across social media platforms, Facebook and Instagram, to reach not only the games target audience but their parents too – just in time for Christmas.

Jack Day, commercial director at KidsKnowBest, commented: “It’s been a pleasure working with the team at Tomy on Articulate Fame. Through data-driven influencer marketing and targeted paid media, it’s a perfect example of how marrying brand awareness and sales objectives effectively on digital can create great success. We look forward to our partnership growing well into the new year.”

In round one, players freely describe as many people as possible within 30 seconds and only those cards guessed correctly go back in the bag. Now everyone knows the names, round two uses just two description words and round three just one word. The team with the highest score at the end of the third round is crowned the winner. The key is to ensure everyone is paying extra attention in round one.