On sale from 28th January, starter packs include a 36-page album and four packets of stickers. 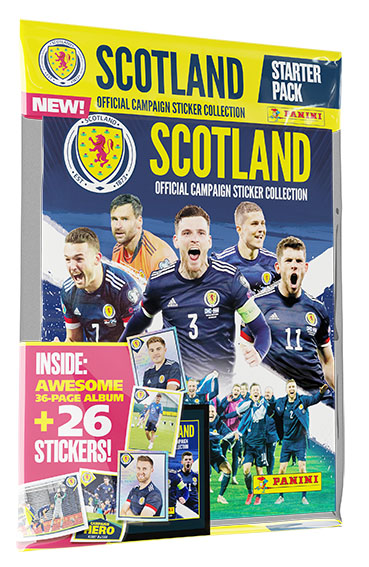 The collection of 200 stickers features the entire squad, and includes much-loved shiny stickers. The album has four pages dedicated to the entire squad, plus 20 pages which focus on individual players, with facts and stats about their footballing careers. Four pages highlight key moments in the squad’s historic path to the championships, and a further two pages shine the spotlight on the star performers who led Scotland to glory.

Starter packs, priced at £3.99, include a 36-page album and four packets. Each packet costs 80p and contains five stickers. The collection goes on sale on 28th January 2021. 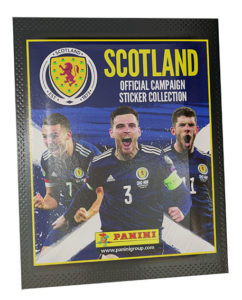 Mike Riddell, managing director of Panini UK and Ireland, commented: “Scotland’s qualification for its first major tournament since the 1998 World Cup not only ends 22 years of waiting patiently for life-long Scottish football fans like myself, but also brings Scottish football to the forefront for a whole new generation of sticker collectors. I cannot wait for this celebratory collection to burst onto the Scottish market.”

Chris Rawlings, Scottish FA commercial director, added: “It has been far too long a wait for Scotland supporters to see their heroes in a Panini sticker album for a major finals. We are looking forward to capturing the imagination of a whole new generation of sticker collectors and hope that this is just the first of many sticker albums we collaborate with Panini on in the coming years.”