Fast forward for Hasbro and eOne

Toy World spoke to Marianne James, Hasbro’s VP, EMEA Consumer Products, and Katie Rollings, SVP UK Licensing, eOne, to find out what the acquisition of eOne means for both companies, as well as the toy and licensing industries. 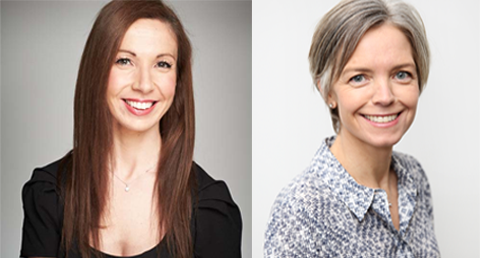 Hasbro completed its acquisition of Entertainment One (eOne) in January. At the time, Hasbro CEO Brian Goldner said the deal would accelerate the company’s blueprint strategy by expanding its brand portfolio with eOne’s global pre-school brands, adding proven TV and film expertise, and creating additional opportunities for long-term profitable growth.

Nine months (and one pandemic) later, Toy World spoke to Marianne James and Katie Rollings to find out more.

“Hasbro has always been very strong in the Kids and Families spaces, so being able to leverage eOne’s experience in the Pre-School sector, and its portfolio of properties, such as Peppa Pig and Ricky Zoom, is clearly one of the biggest positives about this acquisition,” Marianne told Toy World. “We now have a very enviable portfolio, and the content development eOne brings to the business is second to none. It’s going to revolutionise our position in the industry.”

One of eOne’s biggest USPs is the fact its portfolio offers a vast array of properties for all tastes and age groups. Its family brands include Peppa Pig, PJ Masks, Ben & Holly's Little Kingdom, Cupcake & Dino: General Services and Ricky Zoom, plus many others. Combining its strengths in the Pre-School content space with Hasbro’s toy and brand experience means both companies are now in the position to build what they refer to as a ‘incredible narrative’. As with any major acquisition, there was an integration period which resulted in changes to the company structure. The consumer products division was the first to make such changes, and Marianne and Katie are both pleased to now have a fully integrated team of ‘engaged and forward-thinking people’ within Hasbro eOne’s CP business.

The Hasbro-eOne blueprint, which covers theatrical, digital, CP and toys, means that retailers have plenty of differentiation to consider in their planning, while licensees also have a host of of properties to work with across a raft of categories. Multiple touchpoints, such as location-based entertainment and promotions, can also be integrated with consumer products to create bespoke programmes that will benefit both retailers and licensees alike.

Hasbro will aim to maintain its existing partnerships, while continuing to find and exploit gaps and opportunities in the marketplace. The raft of licensees already on board for eOne properties is clearly very important to the business, and the company is looking for ways that its partners can grow along with it.

For Q4, the focus is on maintaining relationships with licensees and retailers to ensure all can finish the year in as strong a position as possible. The company says this will involve leaning more heavily into the digital space, and being more creative on retail programmes.

To read more, including news of Hasbro’s content slate as the company heads into 2021, and Habro's plans to evolve the business from licensing into a more franchise-led approach, the full article, which appeared in the October edition of Toy World, can be accessed here.

“Bringing everything together the way we have is what will set the company apart,” concluded Marianne. “We’re looking forward to what the future holds.”