Jimmy Hunter, the founder of Hunter Toys, passed away this weekend after a long illness. 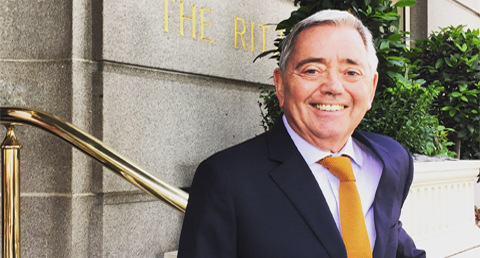 We’re sad to report that popular and well-respected toy industry figure Jimmy Hunter passed away on Saturday, after a long battle with illness. Jimmy was a well-known fixture of the toy industry since the 1970s, having set up his own company Hunter Toys, which was a hugely successful supplier of dolls and dolls clothing.

Jimmy took on the role of BTHA Chairman from 2000-2002 and was heavily involved for many years with both Toy Fair and the BTHA’s ‘Value of Play’ initiatives. He was the champion for Total Fun, the consumer event held in the early 2000s, while he was also the brainchild behind the longstanding Golden Teddy awards. His daughter Sally Hunter, who has followed in Jimmy’s footsteps by building a long and successful career the toy trade, told Toy World: “The fact that the Golden Teddy awards are still being presented so many years later gives me goosebumps. It was so important to him that the unsung heroes of the toy trade were recognised; when he stepped away from the industry, he didn’t want a lifetime achievement award, he said: “Give me a Golden Teddy,” which was so apt for him. He was such a character and so cheeky, even in his last moments on earth. We had all spent the last few days as a family giggling with him and just being by his bedside and it was so wonderful. He was so adored in the trade and every year when there is a Golden Teddy, I sit with sheer pride. For many years, I was always known as ‘Jimmy’s Daughter’: one day in Hong Kong, I knew I had made it when someone referred to Jimmy as ‘Sally’s Dad’. You know what….’Jimmy’s Daughter’ has a much better ring to it and I’m the proudest daughter on earth.”

Jimmy was passionate about the value of play, but also took an interest in many other aspects of the BTHA’s work whilst on the board, including improving arrangements for the exhibitors at the British Pavilion in Nuremberg. Jimmy was also a big supporter of the Toy Trust and the last time many of his toy industry friends and colleagues saw him was at a Toy Trust fundraiser, helping with the marshalling.

Jimmy was always a passionate defender of the industry which he had made his home for so many years: during his tenure as BTHA Chairman, John Baulch, publisher of Toy World, remembers an appearance on a TV news show, where the host raised an awkward question about some short-lived toy trade controversy or other. Rather than offering the sort of worthy but essentially meaningless platitudes that you often hear from media-trained interviewees these days, Jimmy went on the attack, launching a passionate salvo in defence of the industry he loved so much. It was typical Jimmy: pugnacious, loyal and determined. Toys were in his blood, and he wasn’t keen to let anyone besmirch the industry’s reputation and all the good work it did.

As Sally says, “there really will never be another Jimmy Hunter.” Our thoughts are with Jimmy’s wife Lynn, Sally and her brother Richard at this sad time.