The Capital Breakfast team has been challenged to unlock a £100,000 ‘Community Chest’ for the charity, which raises funds for disadvantaged people. 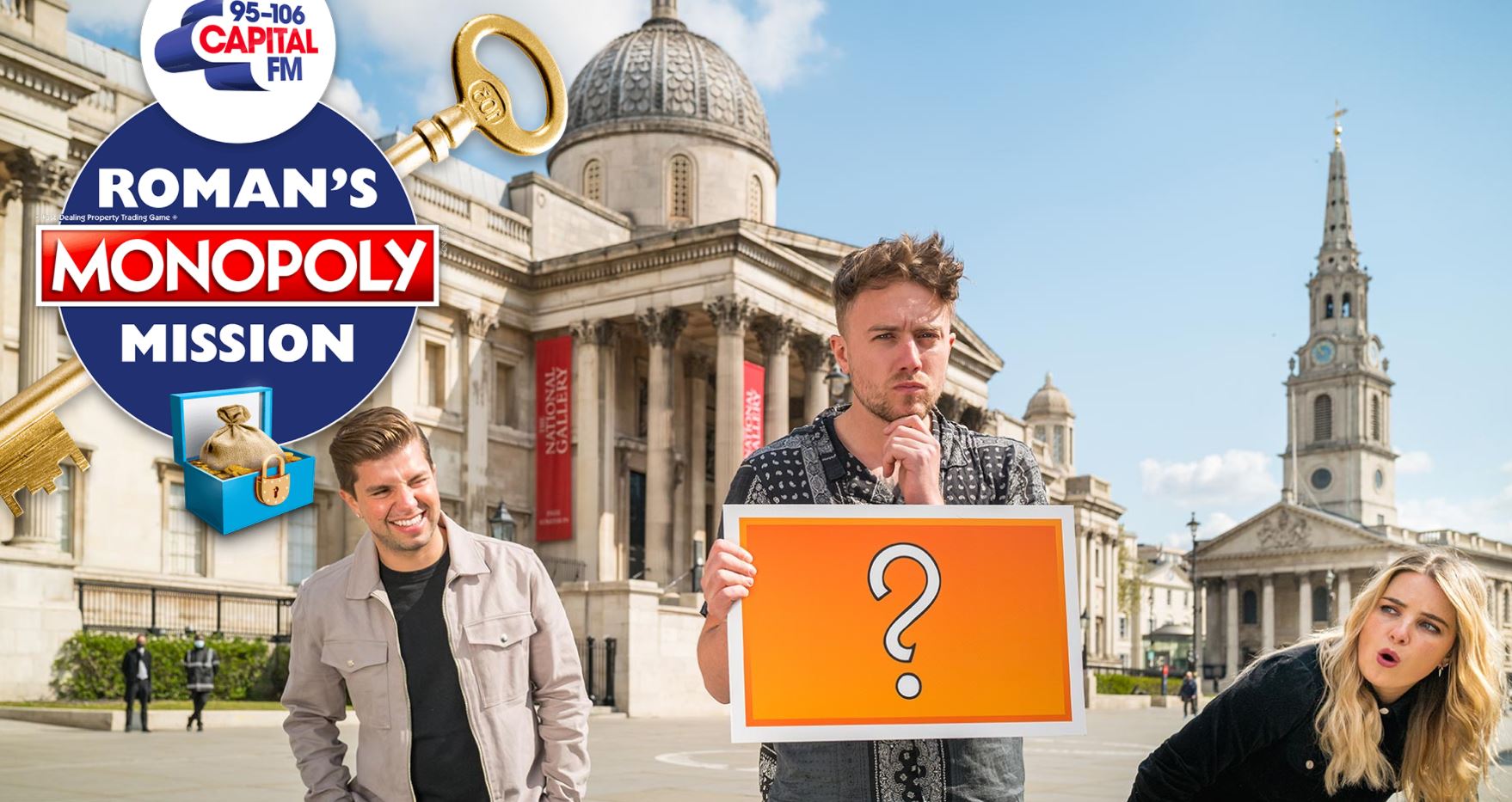 Hasbro and Capital have joined forces to create a Monopoly-themed breakfast show challenge, Roman’s Monopoly Mission, centred on the board game’s famous Community Chest. The challenge is in aid of Global’s Make Some Noise, which works to improve the lives of disadvantaged people by supporting small and local charities across the UK.

Announced today, live on Capital Breakfast with Roman Kemp, Roman’s Monopoly Mission will see Monopoly open up its Community Chest and give back to communities most in need across the UK. The charity initiative follows an announcement earlier this year that Monopoly will be updating the Community Chest Cards from 2022 – the first time the iconic board game has done so in its 85+ year history.

The challenge, which begins on Monday 17th May, sees Roman take on five Monopoly-themed challenges at iconic locations across London, alongside his co-hosts Sian Welby and Sonny Jay. With every successfully completed task, the Capital Breakfast team will receive a key. On the final day, (Friday 21st May) Roman, Sian and Sonny will collect a master key from Mr Monopoly himself, hoping to unlock Monopoly’s Community Chest and secure £100,000 for Global’s Make Some Noise.

Make Some Noise gives a voice to small charities tackling some of the biggest issues affecting society by working with media and entertainment group Global. The money raised from Roman’s Monopoly Mission will go towards keeping crucial services going, such as food banks, domestic violence and mental health helplines, carer support, community projects and employment programmes.

Emma Bradley, managing director, Global’s Make Some Noise, said: “The past year has created huge obstacles for disadvantaged people across the UK, leaving many reliant on community led projects and local charities. We are so grateful for the support of such an iconic brand in Monopoly and of course, to the Capital Breakfast team for bringing this amazing challenge to life. Roman’s Monopoly Mission will help Global’s Make Some Noise to continue supporting small charities which improve people’s lives. We can’t wait to see the game unfold.”

Anne Leonhardi, marketing director North Europe at Hasbro, added: “We are excited to be partnering with Capital Breakfast to help communities nationwide. Global’s Make Some Noise is an incredible charity, which delivers much needed support, awareness and funds to aid the well-being of communities up and down the UK. We hope that in an inevitable year of change, through the opening of the Community Chest, we can help give back and support those individuals and communities in need.”

Readers wishing to support the fundraising effort can text ROMAN5 to 70766 to donate £5, text ROMAN10 to 70766to donate £10, or visit Romansmonopolymission.capitalfm.com to help support small charities across the UK.