Before I arrived in Hong Kong, there had been a lot of talk about potential disruption to people’s schedules from the unrest – or indeed, the possibility of more than just a bit of inconvenience. However, since I’ve been here, all the talk has been about….jet lag, just as it usually is! (Apparently lavender-infused eye masks are one solution. I was initially sceptical, but after achieving a personal best / worst of approximately two hours’ sleep on Sunday night, I may have to put aside my reservations).

Of course, it was sensible to be aware and prepared; representatives from one major global toy company who were on the same flight as me on Friday were being updated with potential flashpoint locations via a secure WhatsApp group headed up by a US SAS-style security guru.

But the reality is that there has been absolutely no sign of any unrest here on the ground. A lot of local people are going round in masks, but that’s due to concerns over MERS (Middle Eastern Respiratory Syndrome, not Olly) rather than being a sign of subversive behaviour.

For weeks, my local contacts have been insisting that the situation had calmed down significantly, and thankfully that has proved to be the case. Is it all over? Almost certainly not – it’s a long term, deep rooted social issue which won’t be an easy fix. But while things play out, Hong Kong is doing what it does best – just getting on with things.

Of course, there is no denying that Hong Kong itself is different to previous visits. It’s quieter here in general, not just in terms of visitors from the toy community. Lan Kwai Fong was unusually subdued on Saturday evening, with bar and restaurant staff being increasingly pushy and persistent in their attempts to drum up custom – it was like trying to evade the ‘copy watch’ and suit sales brigade all over again. Similarly, the streets of Tsim Tsa Tsui are slightly less frantic than usual, as were the aisles at the Hong Kong Toys & Games Fair – although as a firm believer in the ‘quality, not quantity’ mantra, I don’t think that has been a major issue for most companies. The vast majority of the key people are here, and for those who have walked the show floor over at the Convention Centre this week, several have remarked that the level of design in much Chinese product seems to be coming on in leaps and bounds, making a trip to the show well worth the effort, especially for suppliers sourcing new vendor factories. There is palpable relief amongst the Chinese toy community that the US China tariff situation has been resolved; naturally, some had started to make contingency plans – with Vietnam and Indonesia mentioned as the most likely alternatives – but most had clearly hoped they would never be needed. Which they don’t seem to be – for now, at least…

For those who do like to visit both the official Show and the TST showrooms, it might be worth noting that next year’s Toy Fair dates fall a week later in the calendar – 11th – 14th January. For visitors and especially UK companies exhibiting at the show, this leaves only a few days before the London Toy Fair opens on 19th, with a schedule potentially involving three shows in three consecutive weeks including Nuremberg, and four events in four weeks for those who feel the need to have a presence at Spring Fair. It’s going to be a busy January 2021!

But let’s not get too far ahead of ourselves; coming back to this particular trip, my guess is that many of the absentees are from mainland China, although inevitably some international visitors have been precluded from travelling by corporate governance or insurance issues. However, it’s important to keep all this in perspective; I can only speak for the British contingent, but there are very few notable absentees. Perhaps a few of the travelling parties have been pared back – I was told that one of the largest UK accounts sent four people this year, far fewer than the ten that travelled from the organisation last year. But by and large, the people I would expect to see here are all present and correct: that much was evident from the fantastic turn out at the bi-annual charity football match on Tuesday evening. 260 people came along to watch the UK team turn the form book on its head and win for the first time in a decade, raising a fantastic £36,000 for the Fence Club in the process. Quite literally, everyone’s a winner! And there have already been suggestions that the ‘pint’ celebrations should be adopted by the Toy of the Year awards. I’ll keep you posted on that.

There was one piece of sad news announced at the football – that Casdon’s Paul Cassidy had passed away the day before. Our condolences to his family; the spontaneous minute’s applause which broke out after the announcement was a genuinely touching moment which I am sure they would have appreciated.

In terms of product, no craze has yet emerged; some retailers have apparently been disappointed by that, but the supplier community is probably not too despondent, as a huge craze often disadvantages more toy companies than it benefits, as it concentrates sales in a relatively small number of hands. The same could possibly be said about licensing; rather than one dominant brand this year, I get the impression that a fairly broad range of properties are looking promising and will secure respectable retail distribution.

Of course, the enduring positivity and enthusiasm of the toy community always results in a good vibe in Hong Kong. It only takes a few minutes scanning the news headlines to illustrate that 2020 is going to bring fresh challenges and the fallout from a brutal 2019 is now in full swing. Poor toy sales were specifically said to have affected Argos’ festive sales performance (no great surprise to most people in the toy market I would imagine), with general merchandise sales falling by 4% overall and the retailer losing market share in toys, partly as a result of abandoning its traditional ‘3 for 2’ promotion. Meanwhile, over at John Lewis, boss Paula Nickolds is to ‘step down’ after the retailer warned of declining sales and lower profits. Yes folks, scapegoat season is very much in full swing.

So, while the traditional upbeat mood has prevailed out here, it is at least tempered with a greater dose of realism than has often been the case – a case of Ying and Yang, if you will. Some headed home yesterday, others will be going back tonight – round one of Toy Fair Season is pretty much complete, with round two to come at Olympia very soon. You never know, I may even get some sleep on the plane on the way back – and if not, I have a copy of Dave Cave’s autobiography to keep me entertained – at over 500 pages, no-one could accuse Dave of doing anything by half. I am sure there are going to be some very interesting anecdotes and tales, not to mention some of the most incriminating haircuts and facial hair you’ll see anywhere in print this year …. 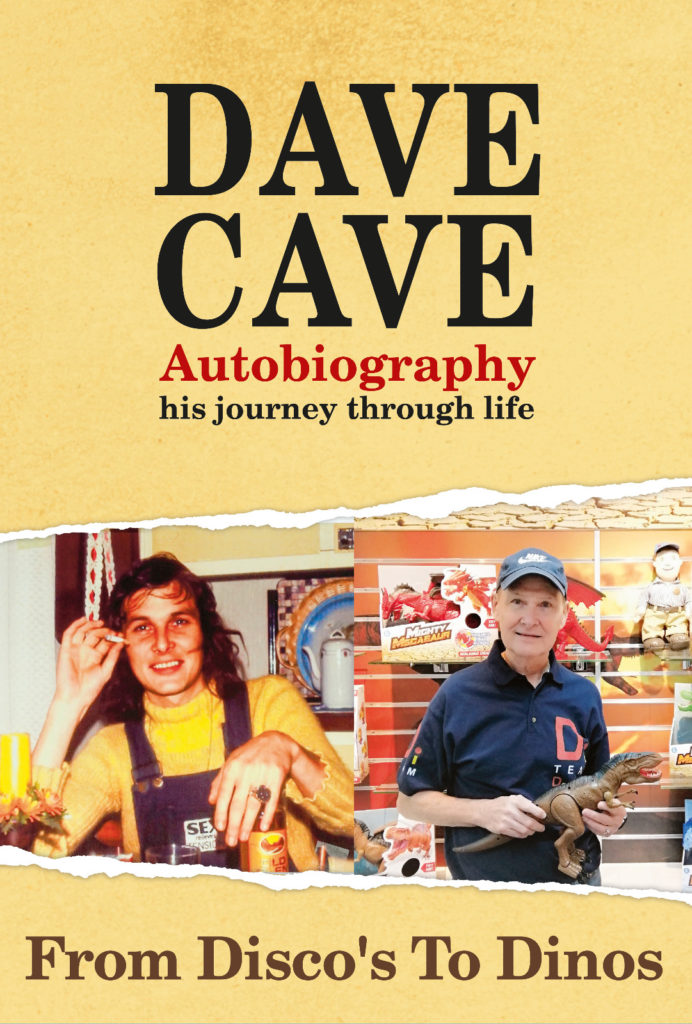