Asda trial partnership with The Entertainer to end in 22

Asda suppliers have been notified that the trial of The Entertainer aisles, which started a year ago, will be winding down over the next few months. 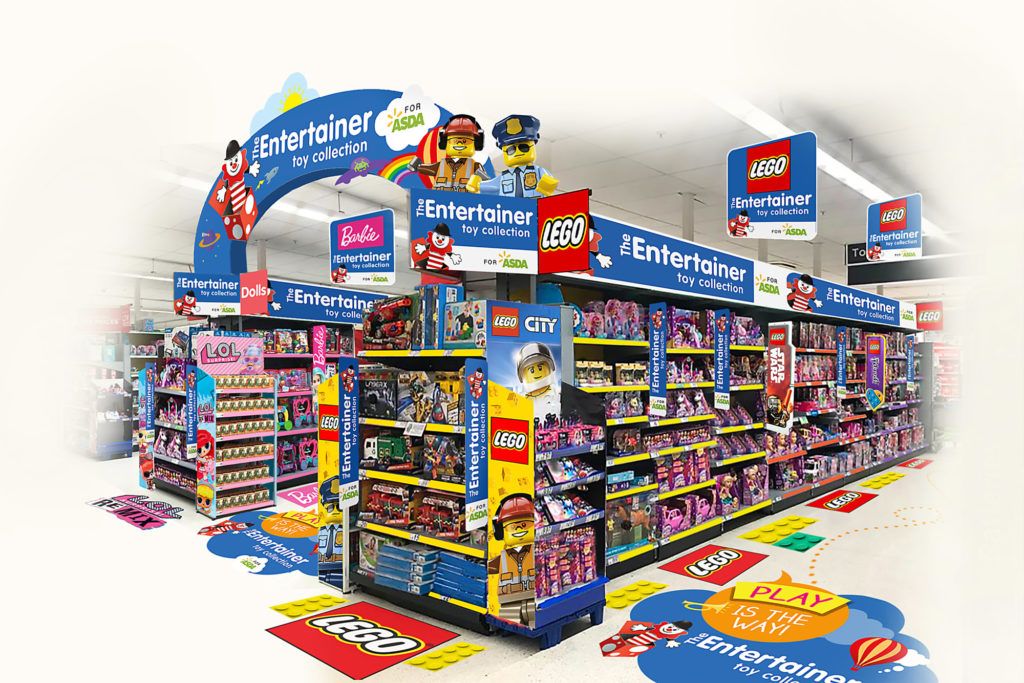 Following a successful trial partnership between The Entertainer and Asda to manage toy departments within Asda stores, it has been agreed that the concept will not roll out any further. Asda said it will build on learnings from the trial and maintain its own toy offer in stores.

Both teams have worked hard to create a proposition that delivered on the goals of the trial and was well received by Asda customers.

A letter has been sent to suppliers by Lisa Lennon, Asda’s vice president General Merchandise, which confirms that the trial partnership in 11 Asda stores is being brought to a close.

The letter states: “Nearly a year ago I wrote to you all, to inform you that we would be undertaking a test and learn partnership with The Entertainer in the form of a fully branded The Entertainer Toy category. The trial went live in February in five stores and has grown to 11 stores as the partnership developed. Over this time period a lot of hard work has gone into landing and maintaining this offer and a huge amount has been learnt by both parties, understanding the performance based on a number of metrics and reviewing the potential for the partnership in the future.

Whilst partnerships remain an important part of Asda’s future proposition, and there have been a number of positives from this trial, we have taken the decision not to continue our work with The Entertainer. We will therefore be ending the trial over the forthcoming months and returning the trial stores to their Asda toy offering.

We would like to thank The Entertainer and its team for their vision and support during this period and wish them luck with their future endeavours. The Asda toy offer is a strong and robust range which we know is greatly loved by colleagues and customers alike, so we are looking forward to work with you in developing our proposition.

Any questions should be directed to Ryan and Kate who continue to run our Asda Toy business.”

The Entertainer will continue to operate the existing trial stores over Christmas and through to February 2022, when the stores will convert back to an Asda toy offering.

Asda’s Lisa Lennon reiterated: “A lot of hard work has gone into making this a successful trial. We would like to thank The Entertainer and its team for their vision and support throughout this project.”