Based in Seoul, Asmodee Korea will be led by board game industry veteran Kevin Kichan Kim to expand the company’s presence in the country. 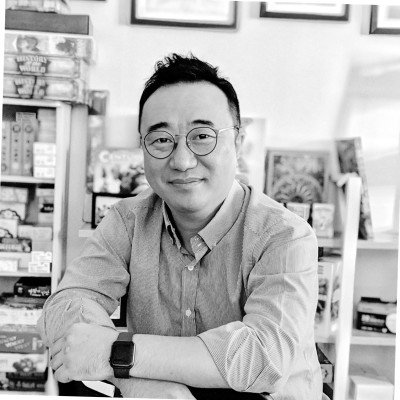 In the past five years, Korea’s board game market has doubled in size, and Asmodee games have become firm favourites. The market has grown from €630m to an estimated €1b over the last five years, and it is expected to double again in the next five, with Asmodee brands seeing explosive growth. Some of Asmodee’s top games in the country are Splendor, Spot It, Catan and Dixit, and the company believes a local presence will allow it to rapidly expand in the region.

Asmodee has announced an office branch dedicated to serving South Korea, with the launch of Asmodee Korea. Led by industry veteran Kevin Kichan Kim, the new branch aims to reinforce Asmodee’s leading position in the Korean market and to further expand its presence in the country. Kevin has led a successful career in the Korean board game industry, having worked at Korea Boardgames, Happy Baboab and Mandoo Games, and brings a wealth of experience and in-depth knowledge to the role.

“Korea is one of Asmodee’s most important markets, and is a key milestone in the company’s international development in Asia.” said Frederic Nugeron, regional manager Asia of Asmodee Group.

“The Korean market has been growing remarkably in the last 10 years, and we’re very excited to introduce even more fantastic game experiences to fans in the region,” said Kevin. “A dedicated team on the ground will reinforce Asmodee’s leading market position and allow us to quickly scale our presence in the country through localization of distribution of the entire Asmodee catalogue.”