The new Glo-Up Girls range will go on sale in August backed by a live action YouTube series and social media campaign. 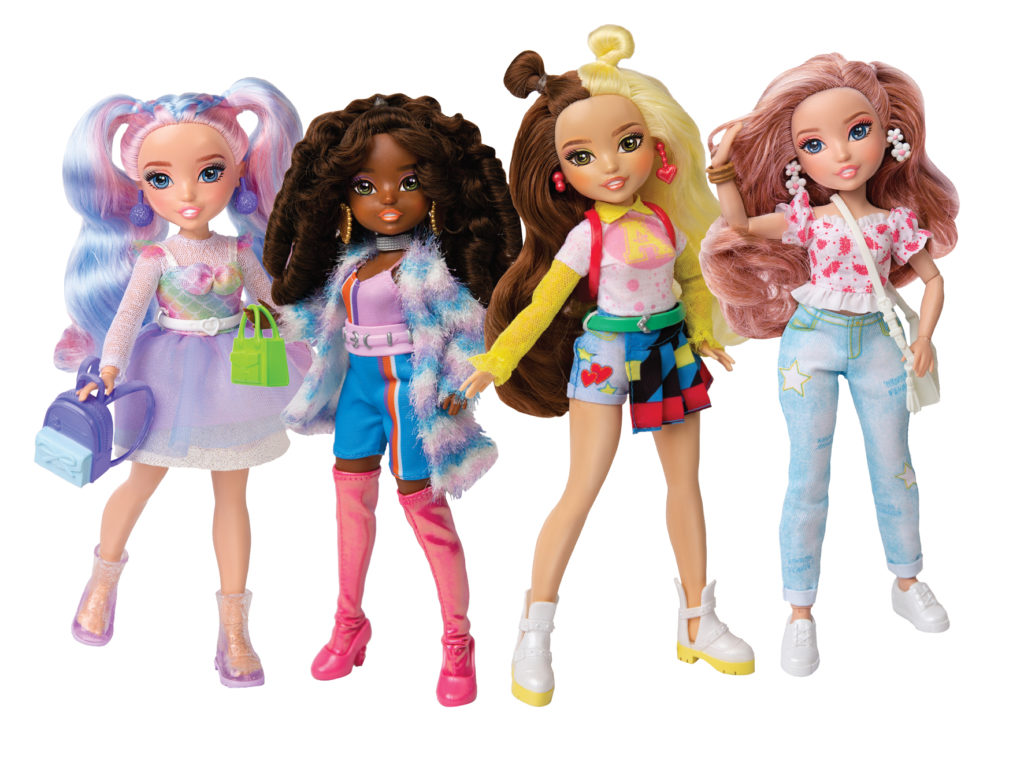 Character Options is gearing up for the launch of its new, up-to-the minute fashion doll line, Glo-Up Girls, this summer. The range goes on sale from August with the support of a live action YouTube series, a first-of-its-kind social media content house and official influencer partnerships.

Kathryn Ludlum, brand manager at Character Options, said: “Glo-Up Girls is such an exciting expansion for the InstaGlam brand and the response from UK retailers has been incredible.”

Inspired by the #GlowUp trend – a hashtag with more than 28b video views on TikTok – Glo-Up Girls dolls feature elevated styling and offer the full ‘Glo-Up’ experience including spa, nails, hair, makeup and fashion choices. Each doll comes in stylish pyjamas with more than 25 surprises to give the character a total Glo-Up, and a real face mask is also included for the child so they can get involved with the Glo-Up process.

“Our aim for Glo-Up Girls is to build on what we delivered for InstaGlam in 2020, with dedicated advertising, as well as integration within the ongoing activity for the InstaGlam brand as a whole,” continued Kathryn. “This includes TV, multi-tiered influencer support with celebrity endorsement, YouTube pre-roll and more. Plus, with the UK and US launches set to coincide, our plans will be fully intertwined with the huge marketing campaign that’s running in the US.”

The US launch campaign will include a YouTube series, The Glo Show, which will lead the brand’s entertainment strategy. Produced by Far Out Studios in collaboration with production house Concrete and ConnectHER Media’s ZStar Digital influencer group, the seven-episode series premieres on YouTube in July. The series follows six real-life teenage influencers living in the Glo House – a mansion where the cast will post daily social media content. In each episode, the stars will be given Glo-Up challenges, and take fashion inspiration from Glo-Up Girls dolls.

For more information about the range call 0161 633 9800 or email sales@charactergroup.plc.uk.