New global mascot Murph is made from Nerf darts and will begin to appear across all brand touchpoints including social media. 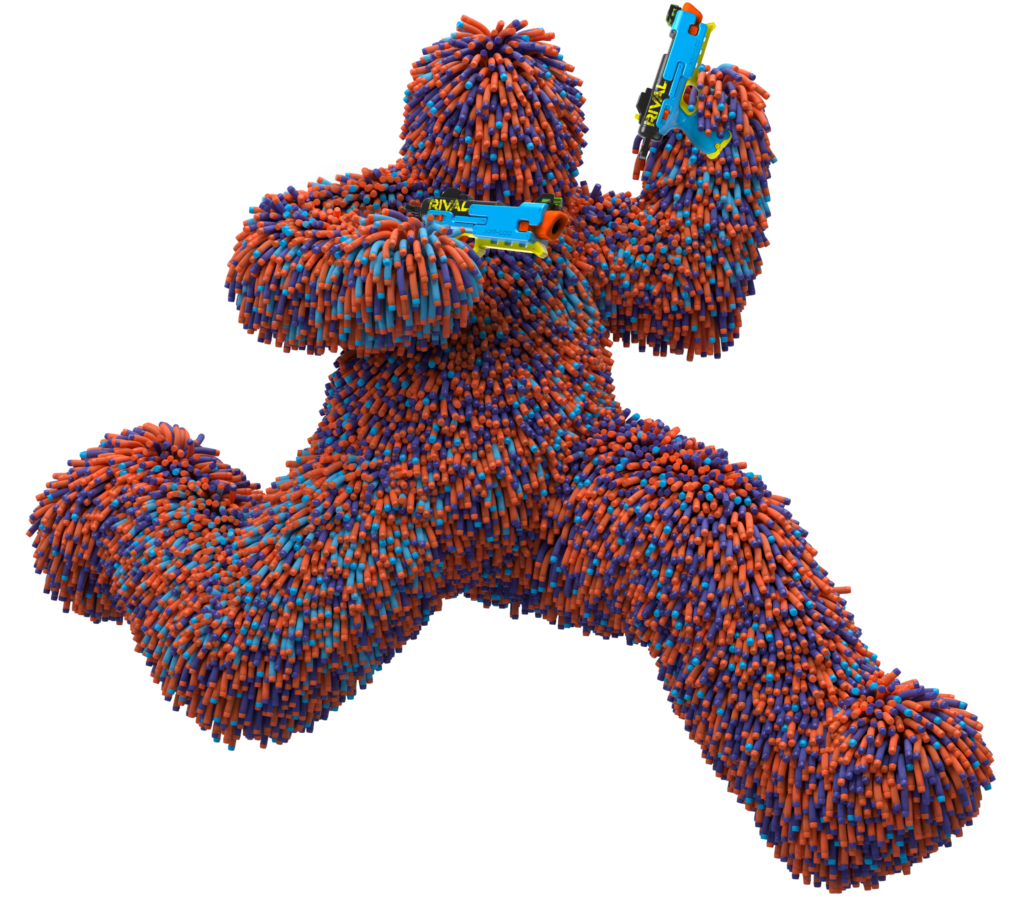 Hasbro, Inc. has officially unveiled Murph, the Nerf brand’s first-ever official mascot. Made of Nerf darts from head-to-toe, Hasbro says Murph is ‘by far the most fun, playful and social member of the Nerf team’. Working with The Martin Agency to kick off an exciting brand campaign for Nerf this summer, Hasbro is placing Murph at the centre of its activity to drive the new brand mnemonic: Unleash the Play in You.

Consumers will start to see Murph appear across all Nerf touchpoints, including social media and retail, plus pop-up ‘surprise and delight’ moments throughout the year and beyond. The multi-year, always-on brand campaign encourages fans and families to step away from their screens and get up and active with Nerf to create memories that will last a lifetime.

“For over 50 years, Nerf has remained an unrivalled category leader in action-based performance toys, and the brand continues to expand through innovative products, digital and gaming offerings, licensed partnerships, sports collaborations, in-person experiences and much more, giving consumers a variety of unique ways to experience the brand,” said Adam Kleinman, SVP & GM, Nerf, Hasbro. “The launch of Murph is a testament to the success of Hasbro’s Brand Blueprint strategy and in turning Nerf into the social, active play brand it is seen as today. We are thrilled to introduce Murph to fans, a mascot that represents the playful spirit that lives inside us all and is unleashed through Nerf.”

Made completely out of official Nerf dart materials, Murph is the personification of a playful spirit, and one that can only be unleashed with Nerf.  Described as a ‘natural athlete’, Murph is great at Nerfoop and an expert at surprise Nerf Super Soaker ambushes. They can also toss a Nerf Vortex Football like no other and are a fantastic trick shooter with any Nerf blaster.

Murph also has their own Twitter account. Yesterday’s first ever post garnered some 33k likes and plenty of interaction, while they have so far racked up nearly 8k followers.