The film was originally slated to hit cinemas on 7th August, but is now delayed until 2021. 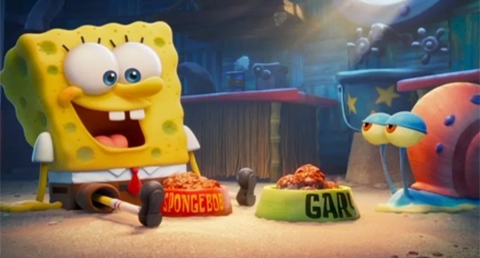 Just like Trolls World Tour and Scoob!, The SpongeBob Movie: Sponge on the Run will skip its theatrical release and head straight to video-on-demand marketplaces before landing on CBS All Access.

The film was originally slated to hit cinemas on 7th August, but is now delayed until 2021. The movie will premiere first on premium video-on-demand services for an undisclosed amount of time before it moves to CBS All Access.

“We’re happy to give kids and families a much-deserved lift in any way we can, and the PVOD release of the new SpongeBob theatrical and putting all seasons of the TV series on CBS All Access are two of the best ways I can think of to get immersed in the optimism and joy that this terrific character represents,” said Ramsey Naito, executive vice president of Nickelodeon’s animation production and development division.

ViacomCBS isn’t the first studio to move one of its films to a digital release, but the timing implies that the studio sees the marketplace moving over the next several weeks and months. There are still questions about whether audiences will head out to cinemas whilst Covid-19 is still impacting people on a global level.

The SpongeBob Movie: Sponge on the Run will launch on CBS All Access at the same time that ViacomCBS continues its expansion and re-branding of its streaming service.