Published on: 3rd August 2021
An Akedo mini-movie has had over 1.4m views to date online and a live action international battle tournament will take place on 15th August. 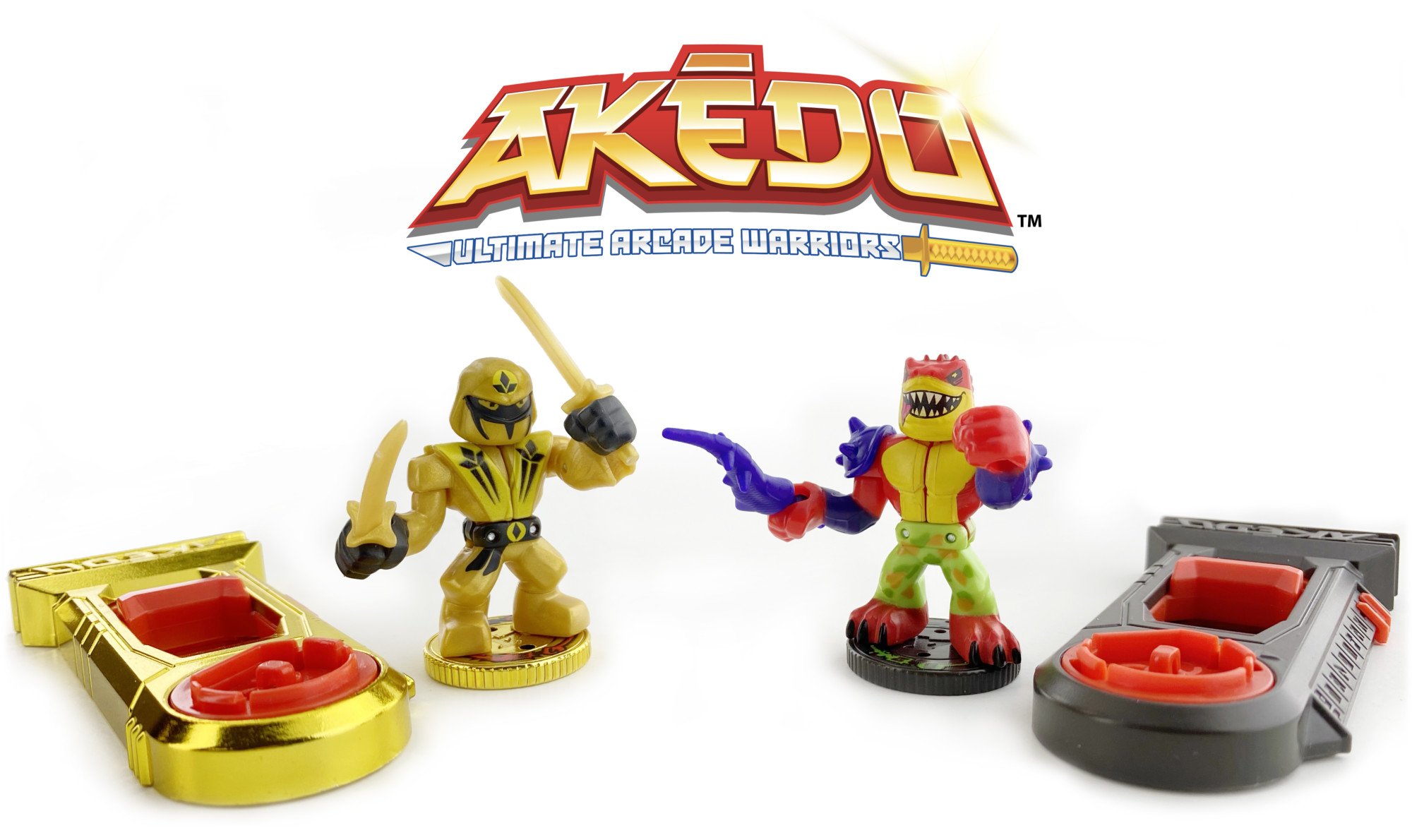 Moose Toys says that the launch of Akedo is the company’s biggest boys’ launch to date. The retail launch took place yesterday, when Akedo Ultimate Arcade Warriors hit the market as the first brand to combine realistic battling action figures at a micro-collectible scale.

Akedo Ultimate Arcade Warriors the animated series launched on 2nd July with an exclusive mini movie on the MooseTube Mania channel. The series follows three friends on their journey to become Akedo Warriors and is already creating a buzz online, with the mini movie receiving over 1. 4m views to date.

The Akedo Super Ultimate Ultimate Tournament is an “as live” event in partnership with Nickelodeon, taking place on 15th August. The tournament will match up 16 competitors to battle it out and become the first Akedo Ultimate Arcade Warrior champion. Leading influencers including Ninja Kidz, Onyx Kids, Ohana Boys and Kyle’s Toys & Games are all taking part and will be posting training videos on their channels in the lead up to the tournament.

The Akedo Super Ultimate Ultimate Tournament will stream live on Nickelodeon’s YouTube Channel. Tournament highlights can be viewed after 21st August and fans can also see Akedo come to life in the animated series exclusively on Moose’s YouTube channel.

“Akedo is the next global action franchise mega-hit and we are ready to execute a perfect three-move combo of toy, animation series and event launch just in time for the summer holidays,” said Logan Stone, Moose Toys marketing director for UK & Europe. “It is the most dynamic battling toy ever, requiring skill and strategy to land the knockout blow. It is highly collectible, with only one in 1000 of the Limited Edition Mythical Stormstrikes available globally. Most importantly Akedo is engaging physical entertainment, giving kids the chance to play off screens with their friends in-person once more.”

Akedo brings the physical and digital worlds together, combining a retro gaming look with the social experience of physical play. The range consists of 39 collectible characters including Classic, Epic, Legendary, and exclusive Ultra Rare warriors, as well as the Very Limited Edition Mythical Stormstrike, a glow-in-the-dark Viking.

All Akedo Ultimate Arcade Warriors come complete with trigger controllers, collectors guide and are available in a range of product packs, at price points from  £4.99 to £14.99 RRP.  For the ultimate battle experience, players can challenge each other in the 90s retro style Ultimate Battle Arena, which emulates an old-school arcade machine and comes complete with its own theme song, 35 real battle sound effects and two exclusive Ultra Rare warriors; Turbo Chux and Screen Shot.

For more on the range, visit https://www.moosetoys.com/akedowarriors/