Smoby’s official sponsorship of Gloworm Festival will see it set up a dedicated Smoby Play Zone at the two-day event. 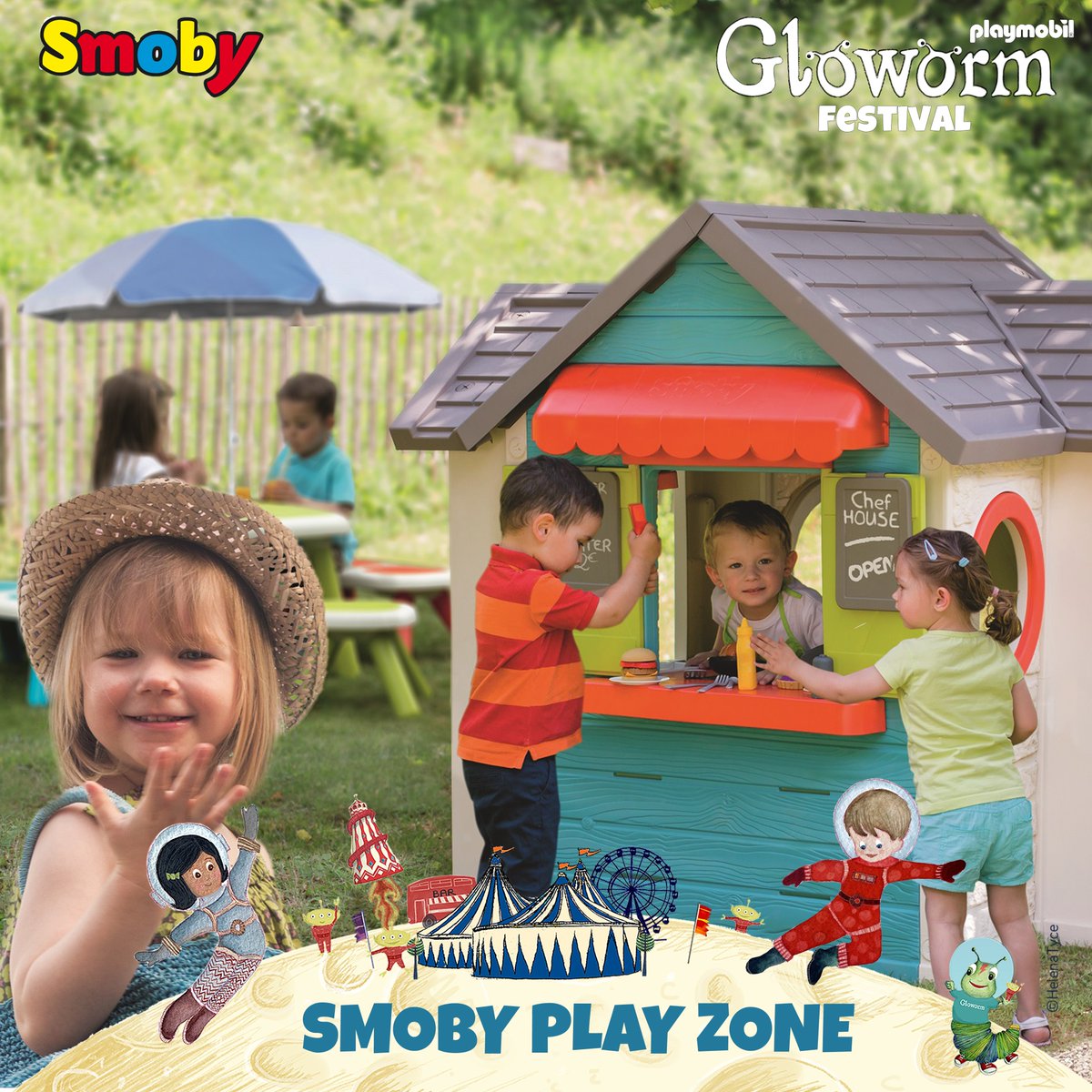 Simba Smoby Toys UK will take the Smoby brand to Gloworm Festival this year, as part of its family-focused marketing calendar.

During the event in Newark, Nottinghamshire this August, festivalgoers will be invited to visit the Smoby Play Zone to enjoy a selection of Smoby’s roleplay toys and playhouses, whilst also giving little ones the opportunity to try out some Smoby slides.

Speaking of the company’s plans for the Smoby brand, Mayur Pattni, UK marketing manager at Simba Smoby Toys UK, said: “The past two years’ awareness drive for Smoby has been tremendously successful. We want to build on this success, with family-focused activities, that will continue to support brand awareness, whilst driving brand loyalty and retail sales.

“As an official sponsor for Gloworm Festival, we have the opportunity to take Smoby directly to the family space. We can’t wait to engage with families at Gloworm this year, and show them what play, the Smoby way, is all about.”

Richard Walpole, Gloworm Festival director, said: “This year’s festival is already on its way to selling out, and we’re so excited that Smoby will be joining us this year. 20,000 people are set to attend Gloworm over the course of the event. After two years of being stuck inside, due to the various lockdowns, we are really looking forward to engaging in some outdoor creative play in the Smoby Play Zone.”

A  three-week TV campaign for Smoby’s outdoor range is currently live, having kicked off on 16th May 2022. A week after this campaign ends, a second three-week campaign will run for Smoby’s playhouse portfolio. In the run up to Christmas, another TV campaign is scheduled for November to showcase Smoby’s workbenches, kitchens and the all-new Barber Shop and Beauty Centre.

Meanwhile, following the success of Smoby’s family football advertising with the Premier League and FA Cup, the company has announced it is to run an additional Premier League campaign between September and November with Smoby Smile LED brand advertising via the pitch-side boards.

The company will continue to build on Smoby’s presence in the digital space, using monthly initiatives to increase the already high levels of engagement on its own social channels, while also taking the Smoby brand to parents through influencer and celebrity engagement. Plus, the company will also continue to invest in parent and kid-facing YouTube preroll.