The event, which took place on the opening day of Toy Fair, is one of the key dates in the industry calendar. 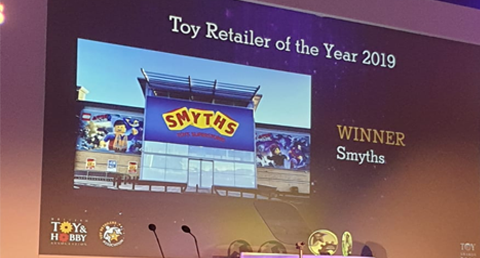 Organised by the British Toy & Hobby Association (BTHA) with the Toy Retailers Association (TRA), the awards were presented at a gala event held in Olympia’s Apex Room following the first day of the 67th annual Toy Fair, which is currently taking place at Olympia in West London.

BTHA Chairman, Andrew Laughton, announced the winners of the Toy Retailer of the Year Awards.

The Toy Retailer of the Year winners are as follows:

Andrew Laughton, chairman of the BTHA, commented: “On behalf of the BTHA, I would like to congratulate all the winners of this year’s Toy Retailer Awards. In what was a challenging year, judges were impressed with the high standard of entries received and the achievements made in 2019 by all of the retailer finalists, who should be highly commended. Deliberations to finalise the retailer shortlists were long and hard because of the very high standard of entries received. Congratulations must also go to our worthy runners-up, who, it should still be remembered, were the best in their categories. Our sincere thanks to everyone for their participation.”