Season one of Vida the Vet will debut on premiere children’s broadcasters including BBC’s CBeebies and the BBC iPlayer streaming platform in the UK. 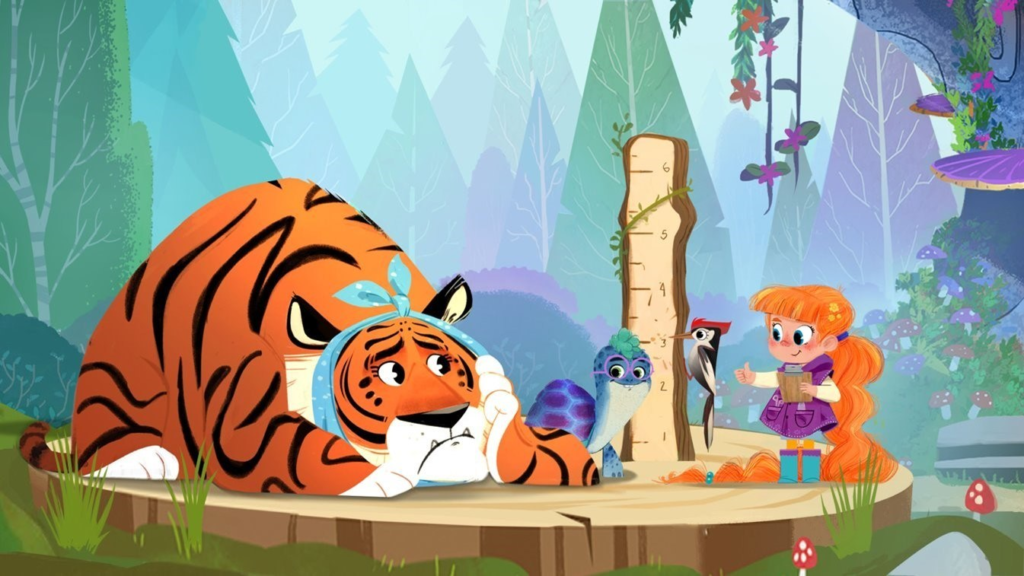 Capitalising on its proven success and expertise in the creation of children’s programming, Spin Master Entertainment has announced the upcoming launch of an all-new animated series, Vida the Vet.

Vida the Vet marks the 13th series to date from the creator of the pre-school powerhouse Paw Patrol and last year’s worldwide box office success Paw Patrol: The Movie.

Vida the Vet follows 10-year-old Vida, an animal doctor who nurtures the charming and silly woodland creatures who live outside her home. Season one of the series will debut on premiere children’s broadcasters including BBC’s CBeebies and the streaming platform BBC iPlayer in the UK, plus Corus Entertainment’s Treehouse and the streaming platform StackTV in Canada, during autumn 2023. Broadcast will be expanded to a raft of international partners to be announced at a later date.

“Spin Master Entertainment has deep experience creating award-winning content and engaging stories for pre-schoolers that are infused with a sense of play,” said Jennifer Dodge, Spin Master’s president of Entertainment. “Featuring a gorgeous, colourful world with a distinct look and feel, Vida the Vet will enchant pre-schoolers and their families with curious, courageous and caring stories about a little girl and her animal neighbours who show us how to take care of ourselves and others.”

Spin Master Entertainment is orchestrating a strategic global franchise roll-out and will lead consumer products cross-category licensing worldwide, starting with toys in 2024. Corus Entertainment’s Nelvana has been secured as the exclusive licensing and merchandising representative for the brand in Canada and France.

“The classic and familiar world of Vida the Vet, with its beautiful 2D artwork and core theme of nurturing love for all animals, is the perfect property to extend across all facets of children’s lives,” said André Lake Mayer, Spin Master’s SVP, Global Strategic Partnerships & Consumer Products. “We are excited to activate our growing consumer products enterprise with a fresh new property that will resonate within all key categories and regions and through strategic partnerships and promotions worldwide.”