The Entertainer in disagreement with Westfield landlord

The spat went public on Friday, following a letter to The Entertainer from solicitors operating on behalf of Westfield. 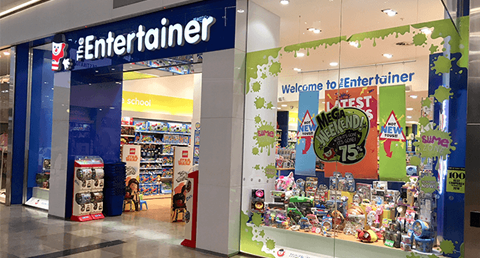 Various media outlets – including Retail Week and the Radio 4 programme You and Yours – featured a story on Friday about a disagreement between The Entertainer and the owner of the Westfield shopping centres. The spat started when solicitors operating on behalf of Westfield wrote a letter to The Entertainer, headed ‘final letter before court proceedings’. The letter went on to threaten that if The Entertainer didn’t pay its outstanding rent balance in full, that “formal enforcement action would be taken.”

The timing of the letter, which was received on the first day of England’s second lockdown, appeared to be deliberately provocative. Gary Grant replied to the letter, copying in his MP – which resulted in the solicitor writing back 30 minutes later, asking for the letter to be withdrawn. However, by this stage, the damage had clearly been done.

Toy World spoke to Gary on Friday, who was clearly unimpressed with the way that the whole matter had been handled: “ What timing – sending a letter like that on the first day of the new lockdown is unbelievable. If all landlords start behaving like that, they won’t have any tenants left!”

Indeed, it is unclear whether a similar letter was sent to all tenants who still owed a portion of back rent, or whether The Entertainer had been singled out for any reason.

Furthermore, the disagreement highlighted several key areas of contention for landlords and tenants in a fragile retail climate. It is no secret that footfall at the two Westfield centres (London and Stratford) has suffered this year: the two stores are believed to be the worst performing locations within The Entertainer’s UK estate, trading 50% and 45% down respectively from the beginning of the year to the end of October. Despite this disappointing performance, Toy World understands that The Entertainer has paid all service charges across the year and it paid all rent in full until the end of March, when the first lockdown started.

Subsequently, The Entertainer has continued to pay a percentage of its rent, while attempting to engage Westfield in a dialogue aimed at reaching a revised rent agreement which reflects the drop in footfall and turnover. According to Gary, Westfield has so far refused all requests to engage in dialogue, and has shown no desire to discuss or resolve the situation.

With the Covid situation continuing to impact retail footfall, many retailers believe that existing rent agreements should be re-evaluated to reflect the current trading climate. Furthermore, it is clear that there is considerable frustration on the part of retailers who watch contemporaries initiate CVA proceedings, which automatically gives them the opportunity to renegotiate reduced rent payments. Indeed, there is an ongoing belief in certain quarters that not all CVA arrangements are strictly necessary, and that they have become little more than a cynical tactic to avoid paying rent.

While no-one should pretend that this is a black and white issue (landlords have businesses to keep going too), it appears that, more than ever, the key to successful partnerships in the current environment is to keep channels of communication open. Had Westfield been prepared to enter into a dialogue rather than firing off a threatening solicitor’s letter, it could have avoided all the negative publicity that has followed this unfortunate incident.