Fans of the franchise can choose from a range of new vehicle sets, while Christmas advent calendars are also available. 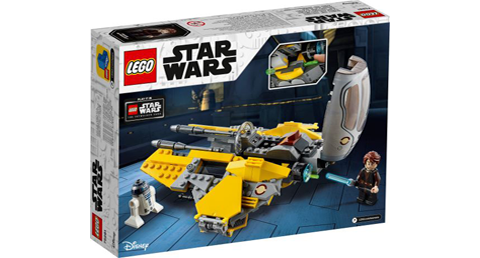 The Lego Group has revealed a collection of new sets for the Star Wars range. Fans of the major film franchise and Lego lovers alike can re-imagine their favourite scenes from the movies such as the epic battle between elite 501st Legion Clone Troopers, or team up with Anakin Skywalker to pilot the Lego Star Wars Jedi Interceptor.

For the festive season, the Lego Star Wars Advent Calendar has buildable gifts behind each door, including popular characters in Christmas gear, plus starships and locations. The included playmat, which features an image of the Millennium Falcon with Christmas lights, can be unfolded to role-play seasonal stories. Fans can also look out for a code to unlock Star Wars: The Skywalker Saga game content.