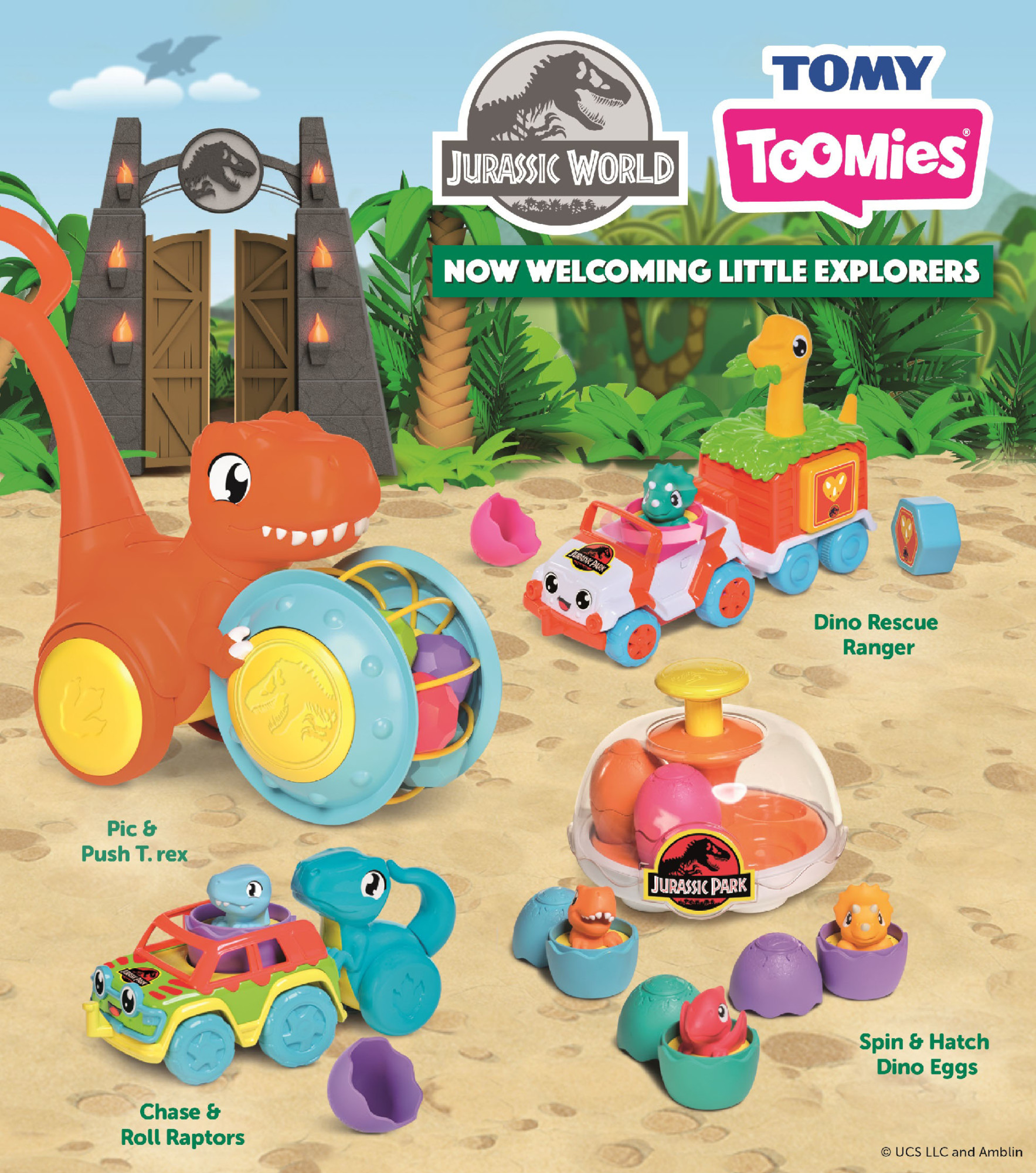 Jurassic World is a $5b global franchise, and with Jurassic World: Dominion scheduled for release in June 2022, Tomy is expecting that this brand is set to be one of the company’s biggest ever collaborations for the pre-school category.

Launching in June 2021, the line will include Chase & Roll Raptors and a Dino Rescue Ranger, inspired by the iconic vehicles in the films; Spin & Hatch Dino Eggs, a clever twist on Toomies bestselling Hide and Squeak Eggs, using dinosaur eggs in an incubator featuring the core toddler play pattern of ‘sort & pop’; and Pic & Push T. rex, a large T. rex dinosaur with a fun take on the iconic gyrosphere from the 2015 Jurassic World film.

The line will also support Tomy’s classic action game, Pop Up Pirate, with the launch of a Pop Up T. rex from July. The bestselling game recently celebrated its 45th Anniversary.

Mary Wood, general manager UK at Tomy, said: “Dinosaurs are an evergreen toy trend, reaching multiple age points including pre-schoolers. With our Toomies success in this market, dinosaurs seemed like a great fit for our next collaboration. We’re thrilled to be partnering with Universal to introduce this fantastic range – combining our expertise in pre-school toys with the worldwide phenomenon of Jurassic World, this is going to be a major focus for the business for next year and into 2022. Feedback from retailers across all markets has been nothing but positive.”

The Toomies brand has seen exponential growth in recent years, with its toy range up by 33% at retail versus 2019. The brand’s ever-popular Hide & Squeak Eggs are also up by 25%, with the full range including the Spring 2020 Hide & Squeak extension items and AW20 additions contributing to 81% of EPOS sales year to date.

For more information on Tomy and Drumond Park, visit the company website.