The company has added Playtime and Action Songs 2 and a Creative-Tonie Fairy to its range. 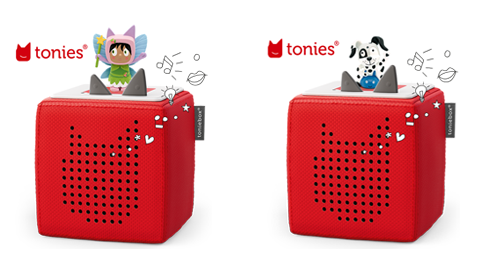 Children’s audio system Tonies has added the Playtime and Action Songs 2 Tonie to its collection of stories and songs, as well as an enchanting Creative-Tonie Fairy; offering a screenless, interactive storytelling experience.

Designed as a spotty dalmatian Tonie figure, the second version of Tonies collection of favourite children’s songs will turn playtime into party time. The Tonie features classics such as Supercalifragilisticexpialidocious, The Alphabet Song and Rain, Rain, Go Away.

The Creative-Tonie Fairy makes any song, story or message appear on the Toniebox, enabling users to record their own audio via the Tonie-App or mytonies. From a bedtime story or children’s own audio adventure, the hand-painted fairy has the space to fill 90 minutes.

Tonies UK general manager Manon Sel commented: “We are delighted to announce two great additions this month that we hope will enchant children’s Tonieboxes. These two new Tonies join an already stellar line up of both licensed and Tonie-owned figures and bolster our expanding range of audio content”.

Over 14m Tonies and 1.5m Tonieboxes have been sold across Europe since the launch and 2020 started with the announcement of the brands’ expansion to the US – expected towards the end of this year.

The Playtime and Action Songs 2 Tonie and the Creative-Tonie Fairy will be available to purchase from June from selected toy retailers, bookshops and via  Tonies’ website.