The brand’s first 360-degree global marketing campaign is set to launch in June and will see Geoffrey visit Toys R Us locations around the world. 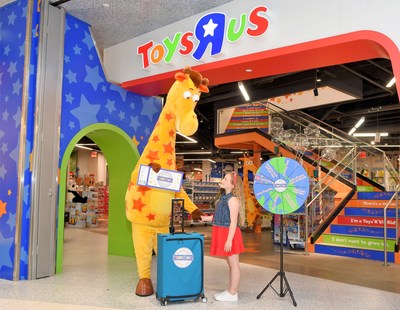 Toys R Us has unveiled plans for Geoffrey’s World Tour, a new campaign which will follow mascot Geoffrey the Giraffe as he embarks on a world tour, beginning at the Toys R Us global flagship in the US, followed by planned visits and activations in London, Madrid, Saudi Arabia, South Africa, Dubai and markets across greater China, Japan and southeast Asia.

Each stop on Geoffrey’s World Tour will be hosted by a local Toys R Us child ambassador and feature in-store, eCommerce and social media activations, including a sweepstakes for consumers to win a shopping spree. The campaign will culminate with the launch of a global YouTube series that captures each of Geoffrey’s visits from the child ambassador perspectives. In the series, Geoffrey will be shown with the ambassadors in their city as they share facts about their communities and experience at the Toys R Us store event.

“Toys R Us transcends cultures through a love of toys and play that we embrace as a brand worldwide,” stated Kim Miller, global chief marketing officer. “As Geoffrey visits many of our key global markets, our cherished mascot will be welcomed by generations of adults who affectionately remember him from childhood and their  children who are eager to show off the cities they live in and their local Toys R Us Stores. It’s the magic you remember delivered in a dynamic, modern way.”

Jo Hall, chief commercial officer, Toys R Us Asia, commented: “Geoffrey the Giraffe has always played a leading role in bringing the excitement of our brand to life for parents and children alike, so we’re thrilled to be hosting Geoffrey here in Asia as part of his magical World Tour, helping to spread the joy of play and fuelling the imagination of children everywhere.” 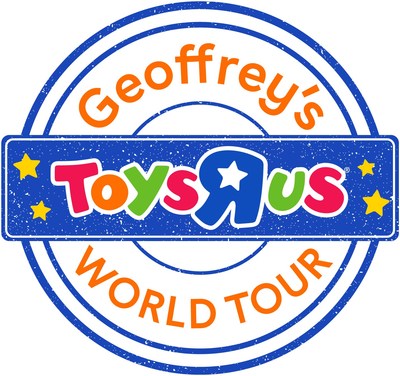 The campaign will serve as the cornerstone in a series of several global brand initiatives including the formation of the Toys R Us Kids World Council which will launch in 2023 and cement a child’s point-of-view into all brand positioning and content around products, celebrations, advocacy and more.

The Toys R Us brand is famous for its jingle “I don’t wanna grow up, I’m a Toys R Us kid” and mascot Geoffrey the Giraffe. Today, the business generates more than $2b USD in global retail sales annually through 900 branded global stores outside the US and eCommerce businesses in over 25 countries. With more than 400 Toys R Us shop-in-shops set to open in Macy’s stores throughout the US, the brand will grow its footprint 50% by the end of 2022.