The toy industry stalwart started at Hasbro, eventually joining University Games where he served on the board of directors and built up international business. 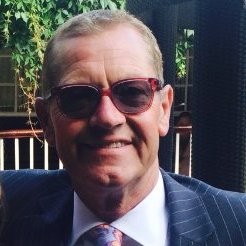 has announced that Mike Brighty, senior vice president of international sales, retired from University Games and the toy industry in October.

Mike was a mainstay on the UK toy industry scene since joining Hasbro in 1989 and his career has taken him to international stints with Hasbro as well as Jakks and Toy Lobster. From 2006-2014 Mike served as the Head of International Sales for Colorific where he established the Australian company in Europe, US, Canada and more than two dozen other international markets.

The news follows on from the appointment in September of three experienced regional account managers – Stephen Woodman, Kim Steward and Sally Irwin – by University Games and The Lagoon Group.

Mark Jones, sales director for University Games, said exciting times lie ahead for the company following the substantial growth of the sales team, and he was delighted to have the trio onboard, as they will bring ‘even greater strength and depth to the business’.

The company has now started its search for a new head of international to fill Mike’s shoes.

University Games and The Lagoon Group offer a comprehensive portfolio of over 700 innovative games, puzzles and gift to cater for the whole family, from pre-school through to adult. Some of the ever-popular lines include Subbuteo, Smart Ass, Sort it Out, Kersplatt, What’s Up and Don’t Say it as well as Football Stadiums and Harry Potter 3D puzzles.