The innovative new game from SJD Games, the first of six new 2 Way Games titles, will be hitting shelves soon. 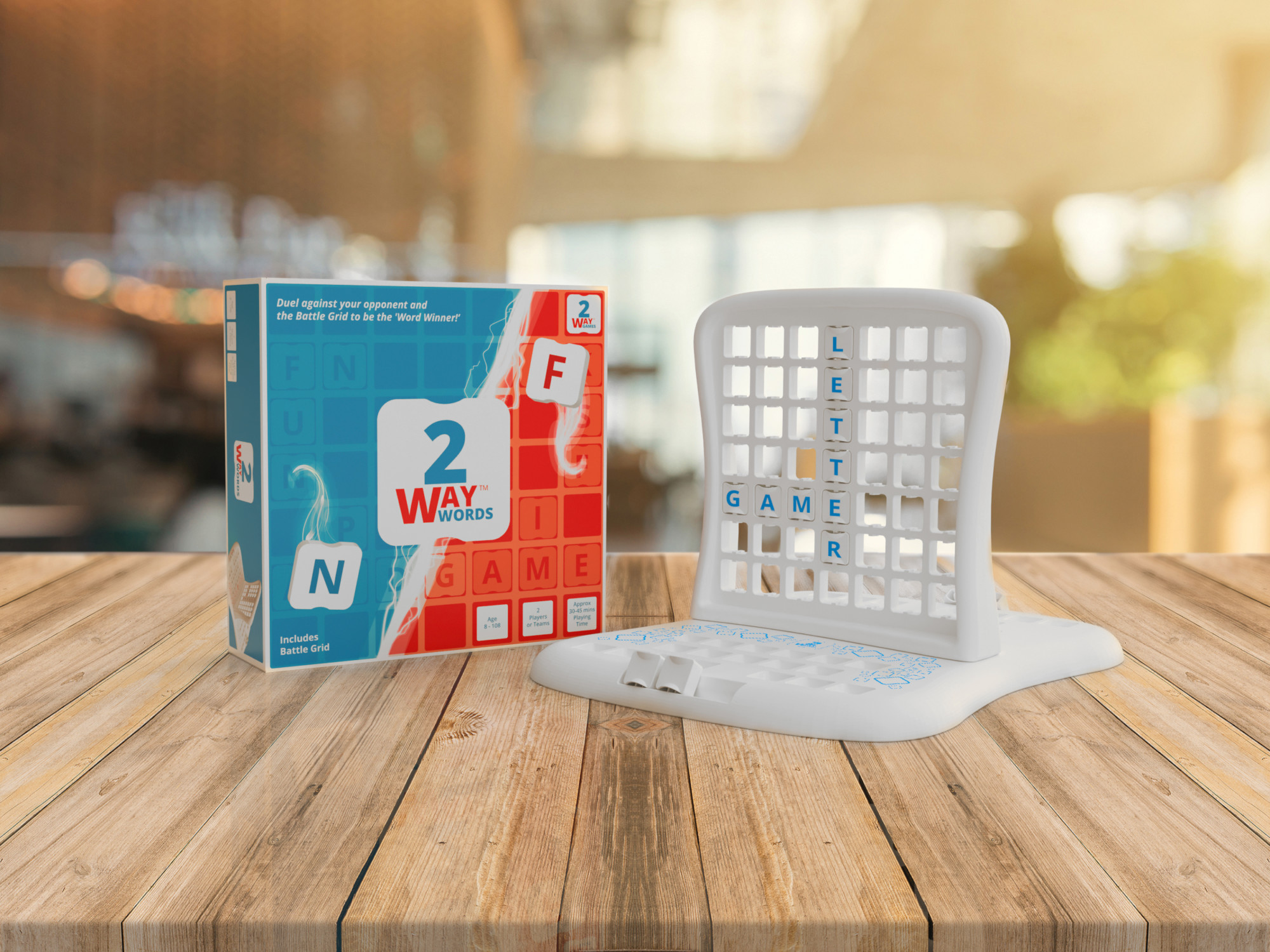 SJD Games is set to hit the UK market with its exciting new 2 Way range of games, all offering strategic, educational and action-packed family fun.

The first game to launch will be 2 Way Words, followed by 2 Way Shapes and four fun Expansion Packs that promise to introduce new themes that will appeal to a wide range of players; Animals, Flags, Numbers and Arrows. This fun range offers a totally new gameplay concept which SJD Games feels will revolutionise the market. The gameplay can be adapted for younger players too, so the whole family, from ages 6-106, can enjoy playing it together.

2 Way Words is a duel between two players or teams, in which wordsmiths try to create three, four, five or six letter words while disrupting their opponent’s attempts to do the same thing. Words can be made horizontally, vertically and diagonally, and once made will dramatically change the gameplay dynamics; the completed word is removed and added to the tray, a move likely to spoil the other player’s progress and strategy. The winner is the first player to fill their word tray.

2 Way Shapes, meanwhile, will appeal to a different mass market, with players battling it out to create various shape and colour combinations. A successful run of three, four, five or six shapes or colours will see those tiles added to tray, disrupting opponents’ efforts.

The 2 Way Games brand has been ingeniously developed so each of the four Expansion Packs can be used on the same battle grid, thereby offering customers great value and gameplay choices across a highly innovative and exciting games range.

Animated YouTube video sizzlers bring the games to life for consumers wanting to find out more about the rules and gameplay.