The retailer’s success this year, with profits nearly doubling, means its shareholders will receive a £250m special dividend. 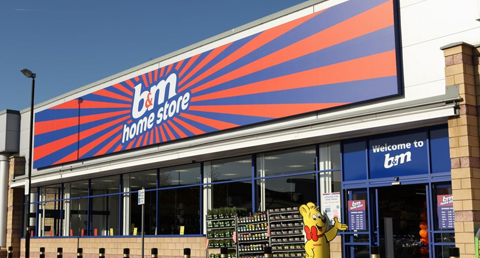 Discount retailer B&M Home Stores has seen its pre-tax profits nearly double in the six months to 26th September, as they soared 95% to £296m. UK revenues are up +30%.

Classed as an essential retailer, B&M was allowed to remain open throughout the first national lockdown which began 23rd March and is also trading throughout the current lockdown, which ends in England on 2nd December.

Chief executive Simon Arora says the largely out-of-town locations of B&M stores, as well as the ‘everyday value’ offered across its product range – which spans toys to garden wares and just about everything in-between – have played a large part in the retailer’s popularity. He added “During such challenging times, we have been proud to play an active role in supporting the communities in which we operate, having created over 1,800 new jobs across the group during the past six months in addition to repaying the £3.7m furlough support originally received during the height of the crisis.”

As a result of its success this year, B&M shareholders are set to receive a £250m special dividend , which equates to 25p per share on top of its ordinary dividend.

Nine new stores were opened in a six month period this year, with a further 40-45 on track to open before the end of the financial year. During the first peak of the pandemic B&M rewarded its staff with a bonus as well as donating £1m of goods to food banks as stores kept trading. Its new “Mission Christmas” plan, meanwhile, aims to distribute £15m worth of gifts to 400,000 under-privileged or poorly children, with stores will acting as collection points.

“I am proud of the way in which our colleagues have risen to the many challenges posed by Covid-19,” Simon continued. “I thank them for the commitment, hard work and resilience they have demonstrated in keeping our shelves filled and maintaining an environment which is as safe as possible for our colleagues and customers. Despite the wider economic uncertainty and ongoing restrictions related to Covid-19, we remain confident in our business model and future prospects.”