Originally slated for a theatrical debut on 25th December 2020, Wonder Woman 1984 is likely to be pushed back to summer 2021 following Covid-19 concerns. 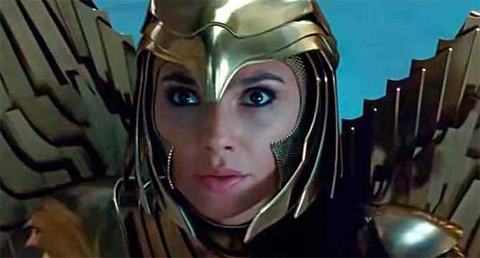 Following a raft of disruptions to cinemas this year as a result of the coronavirus, Warner Bros. is now reportedly considering a change to the release of the DC Comics sequel, Wonder Woman 1984. Originally slated for a US theatrical debut on 25th December 2020 (Christmas Day), it is now looking increasingly unlikely this will proceed as planned due to ongoing concerns surrounding the pandemic. A decision from Warner Bros. Studios is expected in the near future.

Reports suggest that studio executives are considering moving the release to the summer of 2021. An alternative suggestion also in discussion would see the Christmas Day release remaining, alongside the film being sent to the HBO Max streaming service in early January, just one month after the initial release.

The December theatrical release option would offer some support to cinemas on the brink of collapse, while also boosting subscriber growth for HBO Max, which still has some way to go to build an audience large enough to compete with Netflix, Amazon and Disney Plus, despite recently exceeding expectations for its third quarter. A blockbuster like Wonder Woman 1984 would be a huge coup for the service.

Co-writer-director Patty Jenkins commented: “I don’t think anybody can be confident of anything right now. We just don’t know what the course of Covid is going to be like.” However, she has made it clear that the movie is designed for a big screen and feels strongly that it deserves to be seen there. Warner Bros. has declined to comment on speculation regarding the future of the movie, but has re-affirmed: “WW84 will be in theatres.”

Experts believe that a summer release looks more likely and, with the current release date only a few weeks away, an official announcement from Warner Bros. is expected in the near future.