Inner city students invited to Rebuild the World with Lego

​New architectural renders have revealed what the world would look like if it was rebuilt by children – with some very creative and colourful results. 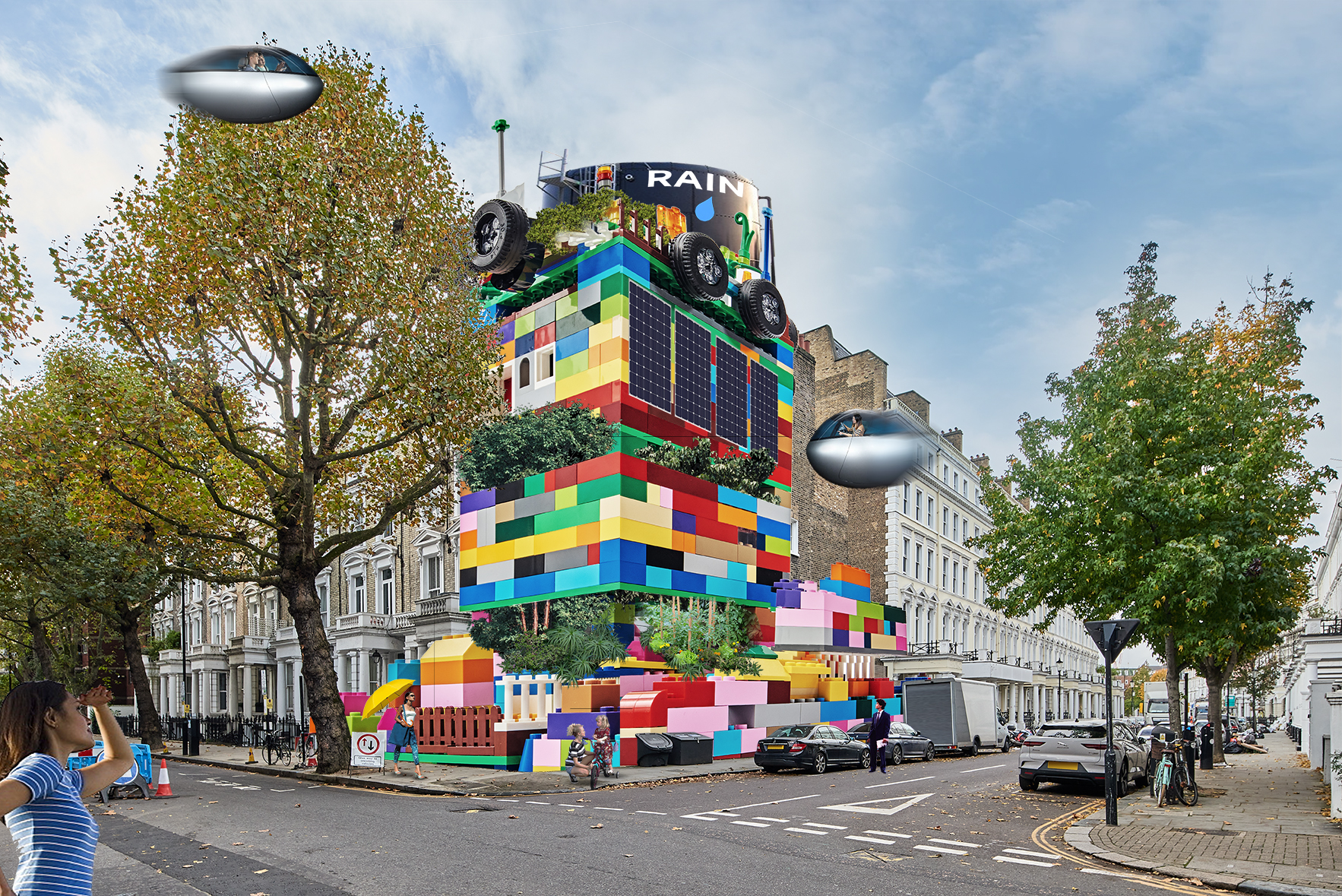 The Lego Group unveils what homes could look like in the future. The forward thinking, eco design features solar panels, rainwater tanks and an indoor garden and flying taxis between each floor (instead of stairs), making it 100% self-sustainable and accessible to all.

Using Lego bricks, Year 4 pupils at an inner city primary school were invited to reimagine and rebuild our homes and the world around them to make it a happier place for all. The project is part of the Lego Group UK and Ireland’s Rebuild The World campaign, which looks to celebrate the power of kids’ creativity.

With its Rebuild the World Campaign, the Lego Group is celebrating how kids of all ages build, unbuild and rebuild the limitless world of their imaginations with Lego.

Within schools, stairs have been replaced with slides, spas have been introduced as a space for teachers to relax and monster truck shows would be put on twice a week. Homes now have a brand new look – with eco-taxis to transport inhabitants between floors – as well as chocolate swimming pools so inhabitants can swim and eat simultaneously.

An overarching theme across many of the builds, particularly office spaces, saw indoor and rooftop gardens installed to bring nature to urban spaces, to encourage wildlife and enhance mindfulness in the workplace. Many of the builds also incorporated innovative energy solutions including solar panels and mechanisms to collect rainwater for more sustainable living.

The results come as a result of a brainstorming session held with 60 pupils from the London-based school, which was facilitated by architect Dara Huang and Lego Play Agent David Pallash. Their designs and concepts were brought to life using only Lego bricks and their creativity, before being transformed into real life community building plans. Children developed inspiring designs showing a world rebuilt with lots of colour, greener energy solutions, schools built around nature and futuristic, self-sufficient homes.

Award winning writer, director, broadcaster and documentary maker, Reggie Yates, set the brief to the school kids. He commented: “I’ve always been passionate about nurturing talent and putting real energy behind creative thought, so seeing the incredible ideas the children came up with was inspiring. It’s clear that they are able to access ideas and thoughts that wouldn’t occur to us adults.” 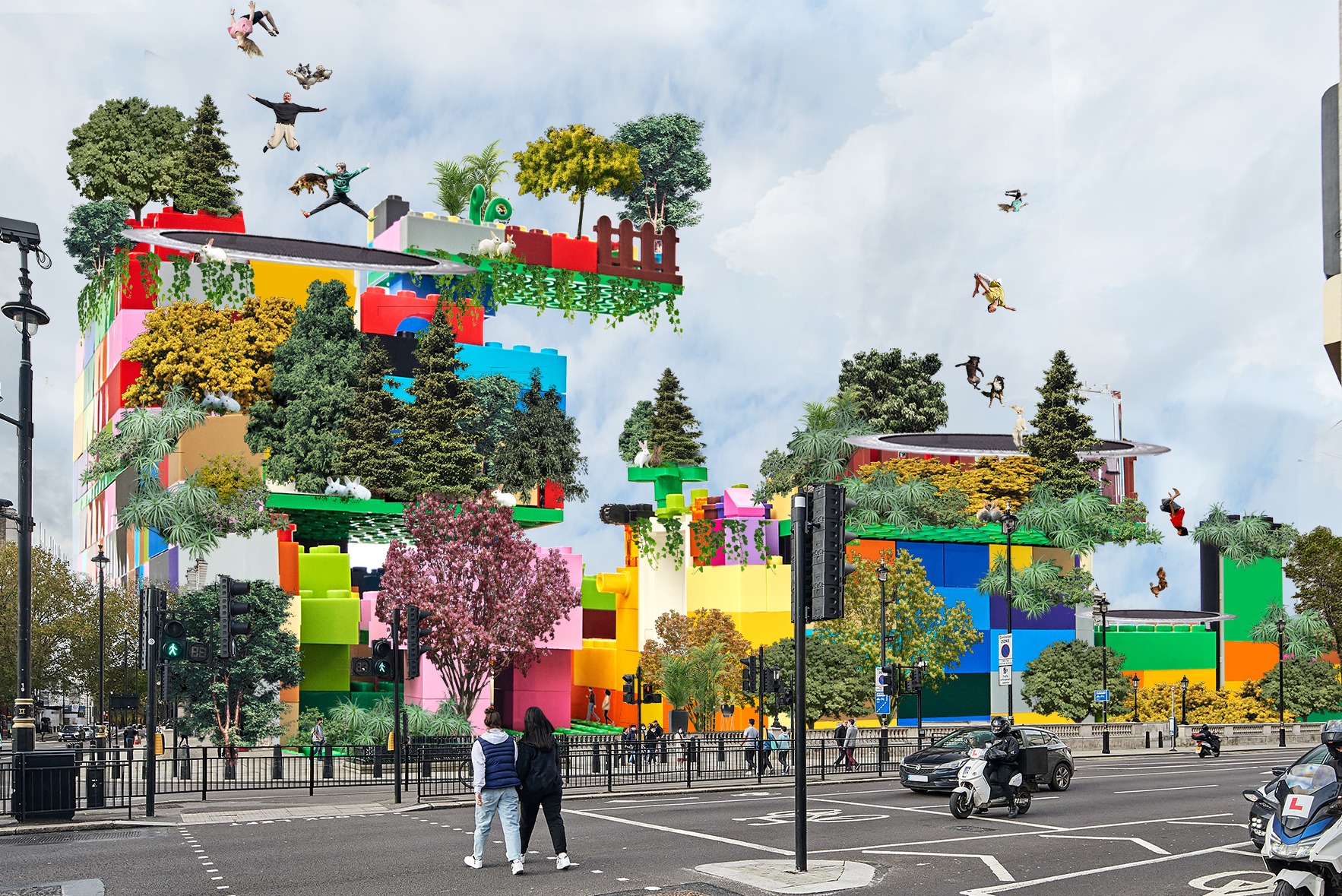 The office building has been designed with workers’ mental health and wellbeing at its core – with office dogs and rabbits as standard and tree terraces for peaceful lunch breaks. Trampolines taking workers between the levels cuts down on time between meetings and one giant unisex bathroom also features.

Families worldwide can get involved on the Lego Life app, where they can create their very own school, office or home, to be in with a chance of winning a Lego prize. Families can also head to the Lego website and check out a digital replica of the giant Lego-brick globe currently on display at the Lego House in Billund, Denmark, which features amazing Lego creative builds submitted by kids from across the world.

To find out more about Lego Rebuild the World, click here.