Toy World features on Toys That Made Christmas Great show

The programme was broadcast on Channel 5 last night. 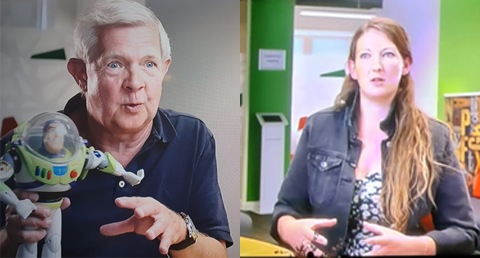 The toy industry representatives were joined by a selection of toy designers from across the globe, influencers, minor celebrities and assorted comedians to share their memories and reminisce about the iconic toys that have appeared under the tree over the years. Working from an original list of 50 toys, a panel of industry experts whittled this down to the top 25 which featured in the show. Some hugely popular toys just missed out on a place in the top 10,  including Buzz Lightyear, Power Rangers, LOL Surprise and Thunderbirds’ Tracey Island.

If you missed the show, it is available here.