Rainbow is currently in the process of previewing the pilot for Pinocchio and Friends ahead of its official debut in 2021. 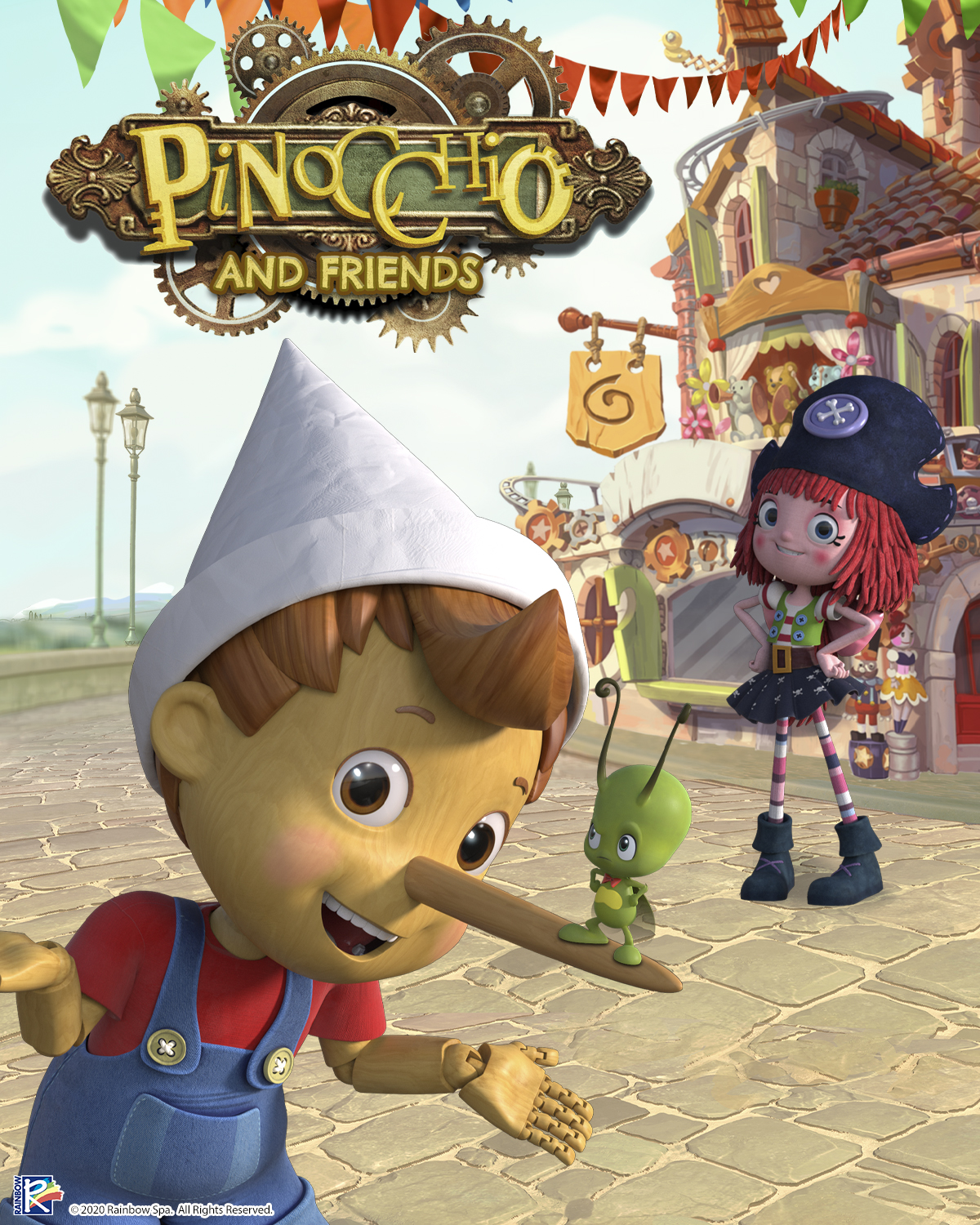 The Rainbow Group, the company behind brands like the Winx Club and 44 Cats, is set to launch a new market milestone for Carlo Collodi’s original The Adventures of Pinocchio. Rainbow is re-imagining the renowned tale as a contemporary, irreverent and charming children’s series called Pinocchio and Friends. The company is currently in the process of previewing the pilot, attracting big interest from major broadcasters and leading pubcasters. The CGI animated 26 x 12’ show is expected to hit the small screen by the end of 2021.

Imagined by founder and CEO of Rainbow Group, Iginio Straffi, the new Pinocchio series is the first ever animated TV series created entirely from the point of view of children, for children, and focusing on the bridge target market. The show brings fresh new energy to the classic fairy tale by mixing modern life and all its progress with the spirit of magic.

Rainbow’s re-imagining of the story transports the classic character into today’s world of bustle and smartphones, filling his world with adventure, comedy, fun and educational elements while bringing out the essence of what makes the original character of Pinocchio so inspirational and timeless.

“Pinocchio is the best-loved Italian character ever created in our fairy tale literature, and the Rainbow Group’s roots are here in Italy,” commented Iginio. “Throughout my career, I have been waiting for the right moment to bring this concept to light with the attention to detail and quality it deserves. We are delighted to reveal a contemporary Pinocchio who speaks to children in a light-hearted, educational show that empowers their dreams. Families will love this compelling series and kids will find their new TV hero in Pinocchio.”

Rainbow’s unique take on Pinocchio combines the fairy-tale atmosphere of old stories and traditional Italian locales with adventure, thrills and fun – creating a story of magic events clashing with modern everyday life. Pinocchio is an enchanted puppet living in today’s world. He grows alongside his best friends – Grandpa Geppetto, the pirate doll Freeda and the Talking Cricket – as he dreams of becoming a real boy by following the advice of the Fairy with turquoise hair. Characters from the original story are joined by new ones, in a setting that promises to bring fresh air to televisions around the world, and to the licensing market.