PMI teams up with Matchify for global roll-out

The Matchify games series joins a raft of other popular licensed brands in PMI’s global portfolio. 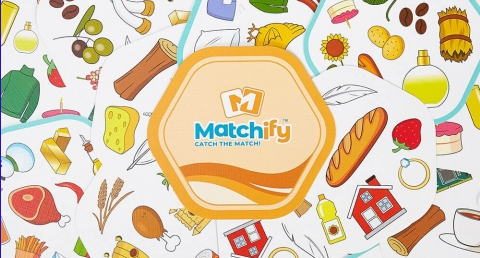 PMI is continuing its expansion into the Games category with the signing of a new global agreement for Matchify, a range of card-based games suitable for families and between 2-8 players. Matchify was created by PikyKwiky, a UK-based games company, with the Matchify series marking its first launch to market.

In a deal brokered by Big Picture Licensing, PMI has signed a global acquisition deal for Matchify which will also see the company develop new games in the pipeline from PikyKwiky. PMI has big plans for the distribution and expansion of the Matchify range, and is making the most of its extensive global distribution network to quickly roll it out across all key territories in 2021.

Matchify is a family card-based game that combines cognitive and educational play patterns with fast-paced family fun, as players try to identify links and associations between different objects and symbols. The current range of five different themes includes Original, Made-Of, Travel, Professions and Type-Of, with another five themes currently in development. Matchify’s gameplay is universally accessible for all ages and nationalities.

Omer Dekel, VP International Sales, PMI, said: “Matchify has such great potential to become a global brand for families and kids with its unique play-pattern. We are excited to help elevate the Matchify brand to where it deserves to be and expanding it with new iterations including new co-branded licensed themes. We are looking forward to quickly plugging this into our existing distribution network, and we can’t wait to work on the next games developed by PikyKwiky.”

Zakwan Jaroucheh, CEO and co-founder of PikyKwiky, added: “We created Matchify using our academic scientific experience to develop a unique algorithm that drives the games. This enables Matchify to blend a family-fun game with strong educational foundations. We already know from consumer reviews that the game is a winner with families, and we are very excited to partner with PMI to bring Matchify to a global audience.”