A similar retail vouchers scheme is already in place across Northern Ireland and is designed to aid struggling shops and help the economy. 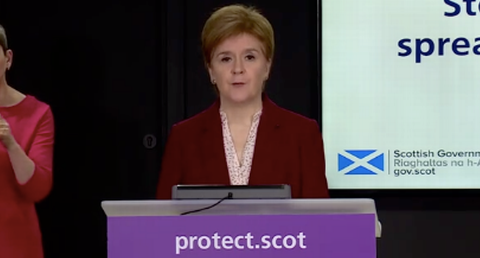 Scots could be given retail vouchers as part of plans being considered by the government, which aims to help shops post-lockdown and improve the economy.

Even though retail outlets have been given the green light to reopen in many parts of Scotland, the sector has been badly hit by lockdown and low footfall, meaning revenues have been significantly impacted and jobs left at risk.

In Northern Ireland, retail gift cards worth £75-£100 will be given to adults to be spent before the end of March. First Minister Nicola Sturgeon said she has been exploring this scheme and hopes to announce something of a similar nature in due course.

Nicola commented: “On the potential for a retail voucher, we are looking at that, and considering that. We recognise that with all of these things, there is an importance with acting quickly just now, so I can’t give you a date for when we’ll make that decision, but it’s something that is under consideration.”

Scottish Retail Consortium (SRC) director, David Lonsdale, added: “Whilst a return to trading is crucial, it will not be a panacea for the industry. That’s why we hope to see early clarity from government over continued rates relief for the coming year, and short-term stimulus to boost consumer confidence and spending – perhaps through a high street voucher scheme like Northern Ireland is implementing.”