Over £30,000 was raised for the Fence Club charity at the event, which was held in June, with members out in force. 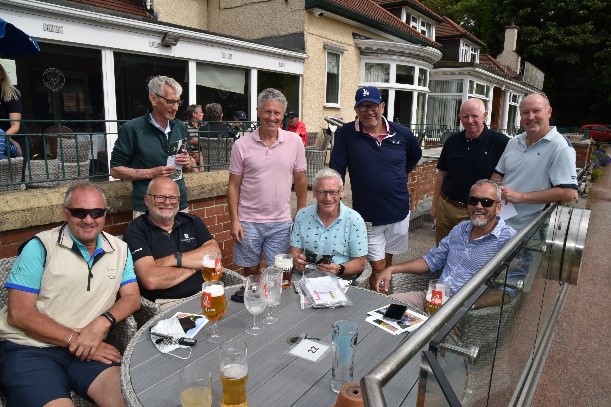 The much awaited Fence Club Golf day was held on Wednesday 23rd June at the Oakdale Golf club in Harrogate.This was the first Fence Club event since the initial lockdown in 2020, and the organisers were delighted with the turnout and the amount of money raised for the Fence Club charity.

The day was not only supported by Fence Club members, who came out in force , but also by the whole toy community, including people from both sides of the “Fence“ (buyers and suppliers), as well as representatives from the licensing industry and friends and family of the toy trade. Unfortunately, Fence Club chairman Philip “Panzer “ Richardson and other friends from across the Irish Sea were absent, purely as a result of government restrictions.

Thankfully, the event was blessed with great Yorkshire weather and hospitality from all staff at Oakdale golf club, including Rob the club pro and his team, who added some interesting new twists to proceedings, including Beat the Pro on the signature 9th hole.

The day saw a fantastic £31,600 raised for the Fence Club charity including £21,000 raised from the auction, £3,790 from competitions, fines and the raffle, with the rest coming from sponsorship and players. Organiser Simon Anslow told Toy World: “This truly shows how we can come together as an industry for the benefit of less privileged children, who the Fence Club support annually through days like this.”

The winner of the main Stableford completion was Harrogate local and friend of the industry Jason Shaw with 43 points. David Bowman was the best-performing Fence Club member with 36 points, while Lee Veitch from Superawesome won a free one hour lesson voucher from the Pro at Oakdale Golf Club plus a hotel stay in Harrogate for showing his ‘Super Strength’ in propping up the rest of the field. The best team with 108 points was Joe Kissane, Jason Shaw, Mark Wooley and David Welsh. 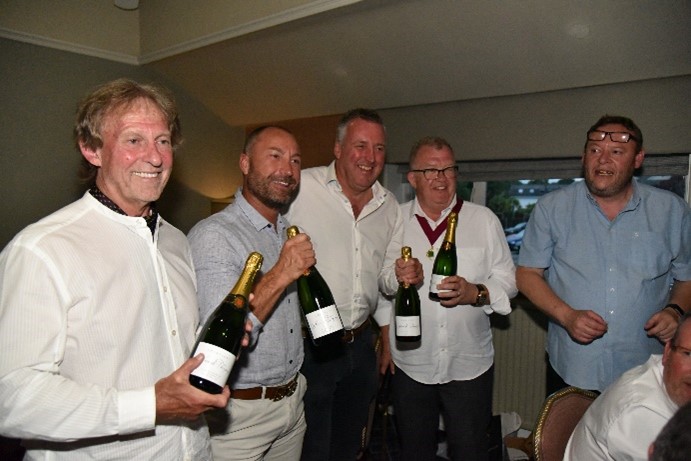 The golf was followed by a dinner with just short of 90 people on socially-distanced tables of six. Following the prize presentation by event organiser Simon Anslow, charity secretary and resident compere Joe Kissane spoke about the ethos of the Fence Club and played a short video to show how funds raised from events are distributed. The evening finished with some fun with the fines, issued by Jon Gregory, and the auction by Steve Wells, while Jonathan Nurse presented a trophy in honour of “ Uncle Les”. Joe Kissane added: “This was The Fence Club at its best. It was an unbelievable day and demonstrated the camaraderie that the Fence Club is all about. The members who were there were enthusiastic and very generous, as were their guests; everyone got into the spirit of the occasion. The whole day was awesome, the best ever – to raise £31,600 at a charity event made up of 80 people is immense and even more remarkable for a golf day.”